Djokovic will now square off with 2014 semi-finalist Philipp Kohlschreiber of Germany for a place in the quarter-finals of the men's singles event. 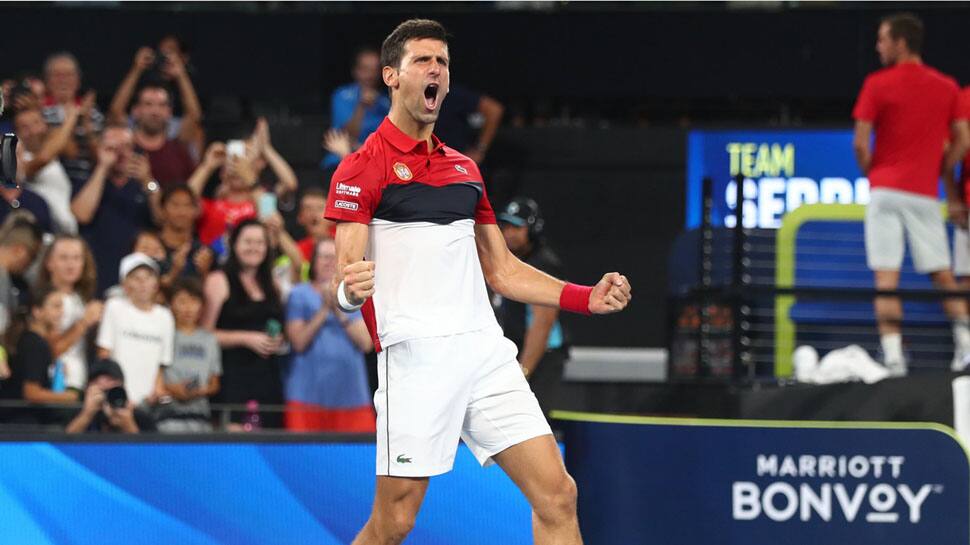 World number one Novak Djokovic continued his rich vein of form as he swept aside wild card entry Malek Jaziri of Tunisia in straight sets to storm into the second round of the Dubai Tennis Championships on Monday evening.

The 32-year-old hardly broke a sweat throughout his opening round match of the men's singles event to ease past Jaziri 6-1, 6-2 in exactly one year.

During the match, Djokovic smashed 22 winners while he didn't face any break point to take his victory to 14 wins this year. The top-ranked player is unbeaten in the 2020 ATP Tour season so far.

Reflecting on the same, Djokovic said it was great to kickstart the tournament in Dubai with a comfortable win.

“It's a great way to start out the tournament. As I've said in the press conference prior to the tournament, I miss playing here. I really enjoy it. I enjoy night sessions… I think I've done everything as well as I imagined it to be for the first match. Of course, there's things that always can be improved, things that can be better. But I have to be satisfied with the performance," the Association for Tennis Professionals (ATP) quoted Djokovic as saying.

Djokovic, who is making his first appearance in the Dubai Duty-Free Tennis Championships since 2016, is bidding to clinch his fifth title in the tournament this week.

Djokovic will now square off with 2014 semi-finalist Philipp Kohlschreiber of Germany for a place in the quarter-finals of the men's singles event.

The German tennis player rebounded strongly from the opening set down to seal a 4-6, 6-4, 6-0 triumph over Egyptian wild card Mohamed Safwat in the first round.

Heading into the second match, the Serbian leads the ATP Head-to-Head rivalry against Kohlschreiber by 11-2.