Next up for Bencic is a semi-final against either American Venus Williams or German Angelique Kerber. 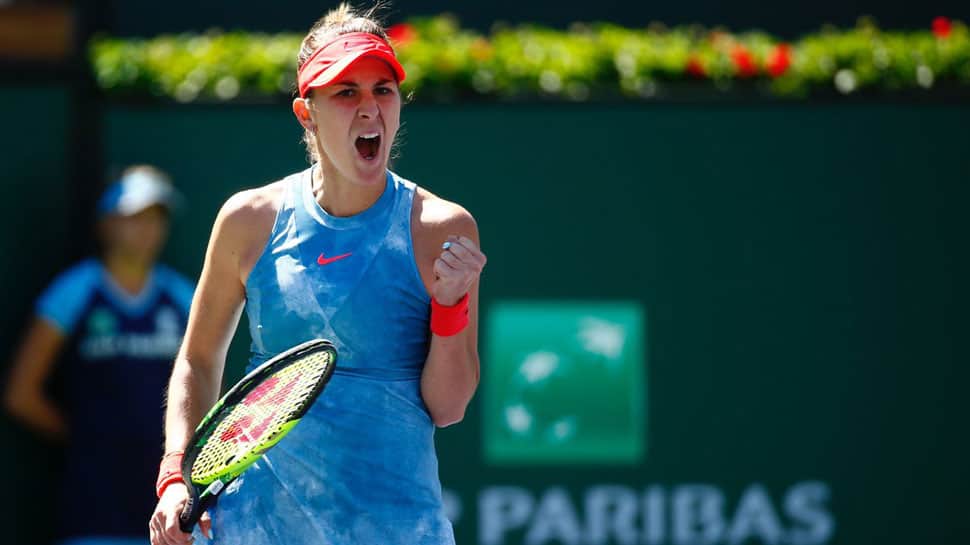 The 22-year-old Swiss, who crushed world number one and defending champion Naomi Osaka on Tuesday, fired a serve out wide that Pliskova could not return on match point to seal the win under sunny skies in the Southern California desert.

Bencic could have had an even easier time against the Czech but only managed to convert four of her 16 break-point opportunities.

But she matched the big-serving Pliskova`s seven aces with seven of her own as she logged her 12th straight win going back to her victory at the Dubai Duty Free Tennis Championships last month.

"She knows she has the big serve and big groundstrokes," she said of her friend and practice partner Pliskova.

"Obviously, my plan was to try to make her rally and try to be good in the defensive and also try to be dominant when I can."

Since the beginning of the year, world number 23 Bencic has defeated six top-10 opponents and looks to have put behind her the injury woes that plagued her last year.

"It`s been a dream. I wouldn`t believe I win today," she told reporters.

"I`m not going to the court with any expectations I`m just trying to play."

Next up for Bencic is a semi-final against either American Venus Williams or German Angelique Kerber.