India are up against formidable Italy but playing the hard-court specialists on grass at the Calcutta South Club gives the hosts some chance of an upset. 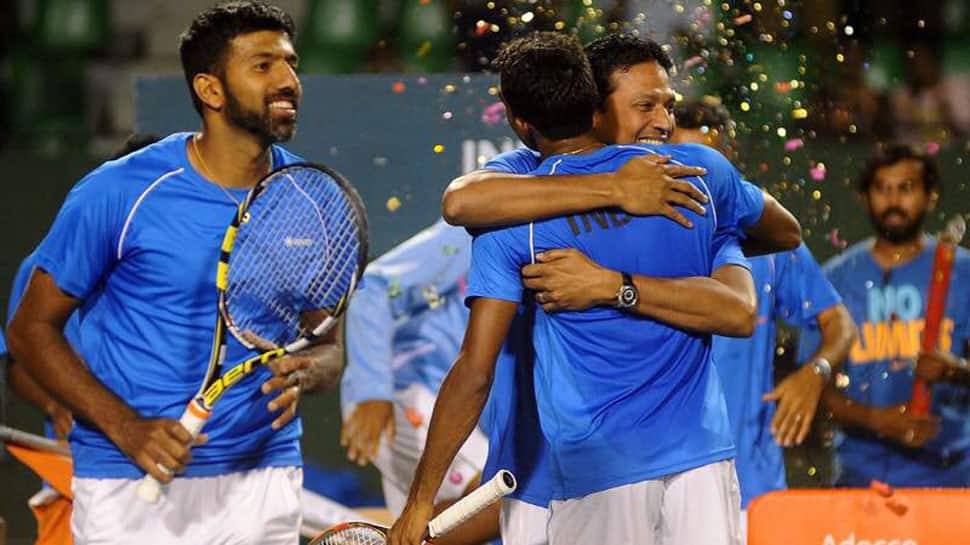 The national tennis federation may not renew the contract of Mahesh Bhupathi as captain of the Indian Davis Cup team if it fails to qualify for the World Group Finals, it has been learnt.

India are up against formidable Italy but playing the hard-court specialists on grass at the Calcutta South Club gives the hosts some chance of an upset.

Incidentally, the only time India won against Italy in five meetings was at this very venue way back in 1985.

The winner of the tie will compete in the inaugural World Group Finals, to be held in Madrid in November this year.

It has been learnt that the All India Tennis Association (AITA) may look for a new captain, if the team will remain in the Asia/Oceania Group I, as Bhupathi's term will be over after this contest.

"Yes, it will be extremely difficult for Mahesh to remain as the captain if the result is not favourable. The regional matches will not begin before next year, so AITA will have some time to ponder over the next skipper," an AITA source told PTI.

It also remains to be seen if Bhupathi himself wants to continue as captain even if India cross the Italian hurdle.

Bhupathi had replaced Anand Amritraj as captain in April 2017. The tie against Italy will be the fifth under Bhupathi - the multiple Grand Slam winner - who began with a 4-1 win over Uzbekistan in Bengaluru.

Under Bhupathi, the team twice reached the World Group Play-off stage, the maximum where it could go with the current set of players, according to the experts.

It lost to Canada (September 2017) and Serbia (September 2018) in the away World Group play-off ties. Apart from Uzbekistan at home, the Indian team also beat China in an away tie in April 2018.

It has also been learnt that at its recent Executive Committee meeting, a representative of the Tamil Nadu Tennis Association (TNTA) had proposed to bring back Anand Amritraj as captain of the team and a few members had further supported it.

Under Amritraj, who had a three-year term from February 2014 to February 2017, the Indian team thrice reached the World Group Play-off stage.

After his removal the players had written to AITA, questioning the decision even as the federation denied receiving any such communication.

While Amritraj is keen to comeback as captain, it remains to be seen if the AITA looks for a new face or brings back the old guard.