With the win, Kyrgios has now set up a summit showdown clash against Russia's Daniil Medvedev. 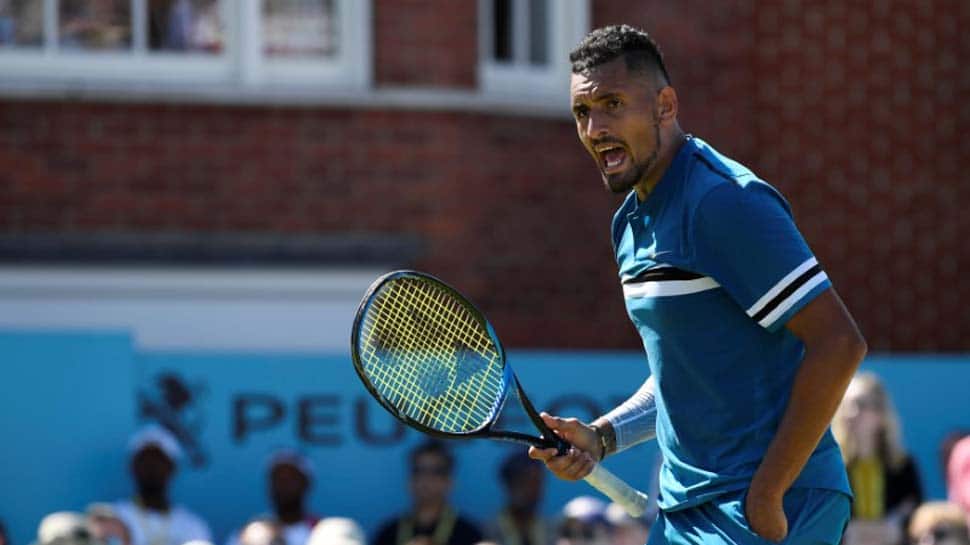 Australian tennis star Nick Kyrgios showcased a spirited performance as he bounced back from a set down in the last-four clash against Greek tennis sensation Stefanos Tsitsipas to book his place in the final of the ongoing Citi Open in Washington D.C on Sunday.

After comfortably winning the opening set, Kyrgios failed to capitalise on the same and went down in the second before he rebounded strongly and saved one match point to ultimately clinch a 6-4, 3-6, 7-6(7) in a thrilling semi-final clash that lasted two hours and seven minutes

It was in the third-set tie breaker when Kyrgios brought his best as he saved a match point with a service winner at 5/6 to storm into his second ATP Tour final of the ongoing season.

Describing the week at the Citi Open as one of the best of his life, Kyrgios said that he is trying hard to improve some of his habits and it is paying off the results.

“This week has been awesome. It's probably one of the best tournament weeks of my life. I've really enjoyed myself. D.C. has been a lot of fun. Crowds have been awesome,” Kyrgios said. “But I'm just doing the right things. I'm having the same routine every day. I'm trying to improve on a lot of little habits, and it's paying off. Five days in a row competing, I'm pretty happy with myself," the Association for Tennis Professionals (ATP) quoted Kyrgios as saying.

With the win, Kyrgios has now set up a summit showdown clash against Russia's Daniil Medvedev, who advanced to the final after easing past Peter Gojowczyk of Germany 6-2, 6-2 in another last-four match of the men's singles event.

The victory also saw the Australian tennis star improve to 4-1 against top 10 players in the ATP rankings this season.