Australian Kyrgios`s one-man circus act will be missing from Roland Garros for the second year running, sparing umpires, fans and even courtside chairs from the 24-year-old`s outbursts. 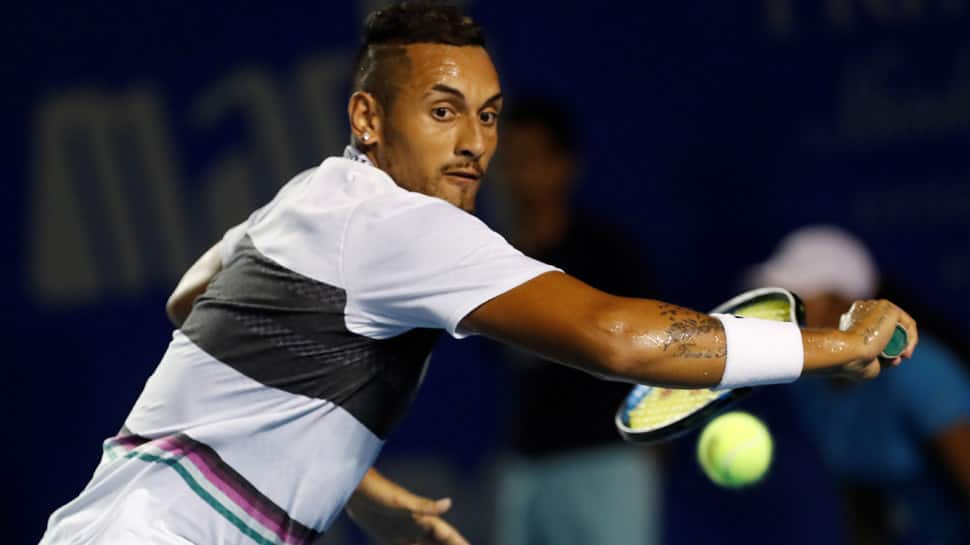 Some might say Nick Kyrgios`s withdrawal from the French Open will free the tournament of unwanted distractions but former champion Mats Wilander is definitely not one of them.

Australian Kyrgios`s one-man circus act will be missing from Roland Garros for the second year running, sparing umpires, fans and even courtside chairs from the 24-year-old`s outbursts.

Last week he forfeited his match at the Italian Open after launching a chair across the court in frustration -- just the latest entry on his lengthy crimesheet.

For all his antics, however, Kyrgios remains one of the biggest draws in men`s tennis with his extraordinary range of between the legs winners, underarm serves and conventional brilliance that have earned him five career titles.

Seven-times Grand Slam champion Wilander believes he will be missed by fans and fellow players alike.

"Listen, as long as he is throwing chairs and breaks rackets because he has lost the first set 7-6 and dropped serve to go down in second, as long as he`s pissed that he`s losing then he`s great for the game," Eurosport analyst Mats Wilander told Reuters in an interview before the Australian`s withdrawal.

"It`s like John McEnroe. At the time we didn`t know if it was good or bad, but obviously, he was one of the most important players that ever played the game."

"I just can`t handle it when it looks like he`s not trying or wants to be somewhere else."

In Miami this year Kyrgios picked an argument with a fan and this week in a live social media post said that the French Open "sucked" and that he hated clay.

He has also recently launched verbal volleys at the likes of Novak Djokovic and Rafael Nadal but Wilander says that despite ruffling some feathers, Kyrgios is popular amongst his peers.

"The locker room loves him but they hate losing to him," Wilander said. "The problem is that the more antics he does, the more trick shots, the more he irritates his opponent and he is going to have to fight through so many players because they will refuse to lose to someone doing that."

"When he gets angry with himself players then realise `hey this guy does care`. Okay, Nadal said a few things in Acapulco about him not respecting the game."

"But the handshake with Nick is generally pretty like `I know what you`re going through but you are a good guy.` I think he`s a good guy deep down."

Rafael Nadal not bothered by change in surroundings at Roland Garros