Djokovic, who finished the match with 40 winners to 23 unforced errors, will next take on 14th-seeded Argentinian Diego Schwartzman. 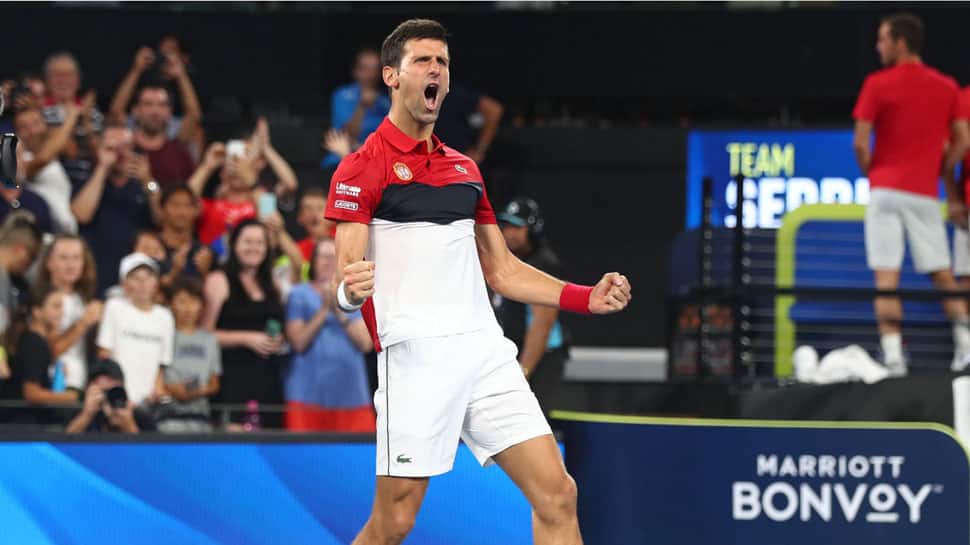 World number two and defending champion Novak Djokovic continued his rich vein of form as he swept aside Yoshihito Nishioka of Japan in straight sets to book his place in the fourth round of the Australian Open at Melbourne Park on Friday.

The Serbian tennis maestro smashed 17 aces and lost only eight points on serve to register a 6-3, 6-2, 6-2 win over Nishioka in the third round clash of the men's singles event that lasted only an hour and 25 minutes at Rod Laver Arena.

With the win, Djokovic--who is bidding to clinch a record-extending eighth title at the first major of the season--is now all set to make his 12th appearance in the fourth round of the Australian Open.

Reflecting on the clash, the second-ranked tennis star believes that his clash against Nishioka was definitely one of the best serving matches he has had played recently.

"Definitely one of the best serving matches I’ve had lately [and] inspired by my coach, Goran Ivanisevic. There are a lot of technical details you can talk about, but sometimes less is more. It’s all about the rhythm and balance… So far, it’s been working really well," the Association for Tennis Professionals (ATP) quoted Djokovic as saying.

Djokovic, who finished the match with 40 winners to 23 unforced errors, will next take on 14th-seeded Argentinian Diego Schwartzman--who defeated Dusan Lajovic of Serbia 6-2, 6-3, 7-6(7) to storm into the next round.

Heading into the clash, Djokovic leads the ATP Head-to-Head rivalry against Schwartzman by  3-0.