Kvitova suffered cuts to her left hand during a home invasion in 2016, while Seles was stabbed in the back during a match in Hamburg in 1993. 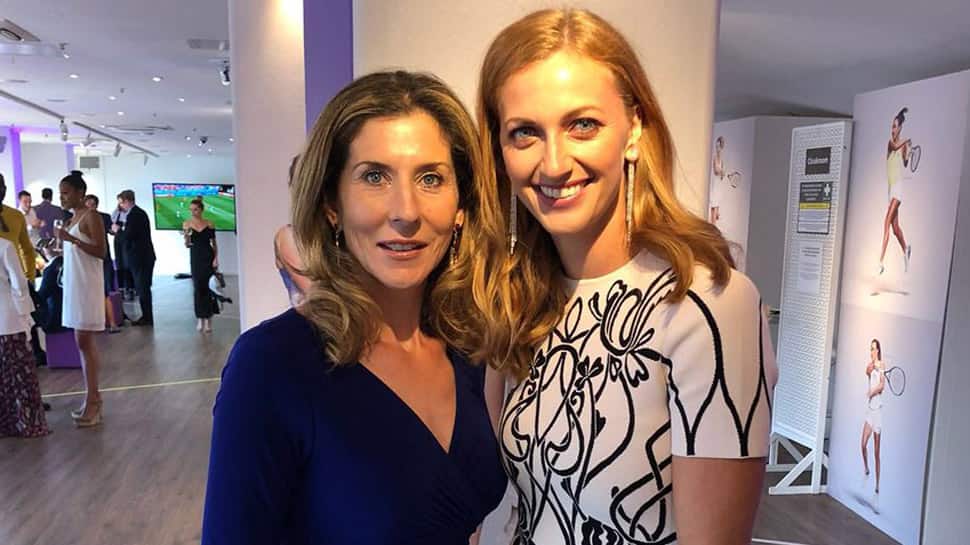 Petra Kvitova says a meeting with former world number one Monica Seles at Wimbledon last year, where they discussed returning to the sport after a knife attack, had been one of the most important of her life.

Kvitova suffered cuts to her left hand while defending herself during a home invasion in 2016, while Seles was stabbed in the back during a match in Hamburg in 1993 which kept her off the court for more than two years.

"We met each other and decided, we were looking to talk about what we'd been through," the Australian Open finalist told reporters at the BNP Paribas Open at Indian Wells.

"It was nice to meet someone who has been through something very similar. It was a big surprise that she wanted to talk with me and say nice words. It was one of the biggest things I've ever heard and from such a legend, to hear what happened to her," she said.

Seles returned to the game after the attack and won the 1996 Australian Open, but never fully regained the dominant form that saw her win nine majors as a teenager.

Kvitova completed her recovery, which required surgery, ahead of schedule but said she was not sure she would ever be able to completely put the attack behind her.

"With my experience, I am not sure if I am going to be 100 percent one day and I'm not sure if she is either. But hopefully, she is happy and can enjoy her life as much as she can," she said.

Kvitova, a two-time Wimbledon champion who is currently ranked third in the world, fell to world number one Naomi Osaka in the Australian Open final in January and to Belinda Bencic in the final of last month's Dubai Tennis Championships.

The powerful lefty will look to win her 27th WTA title when she takes on either Venus Williams or Andrea Petkovic in her first match of the tournament, where she is the third seed.