Nadal recorded a straight sets win over Federer in the semi-final match that was played on Court Phillippe-Chatrier. 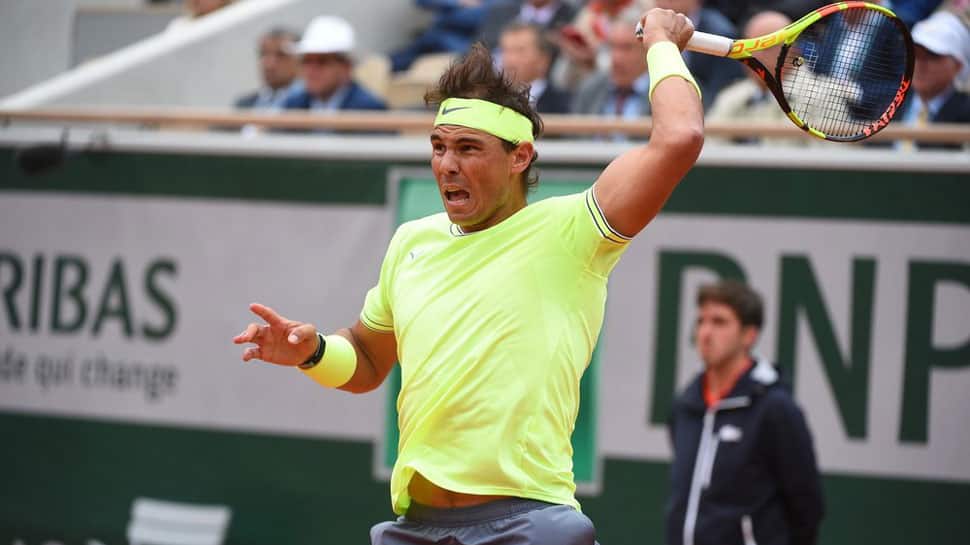 Rafael Nadal defeated Roger Federer 6-3, 6-4, 6-2 in the semi-finals of the French Open on Friday and as a result of this win, the Spaniard has entered the finals, keeping the hopes alive for his 12th Roland Garros title.

Nadal recorded a straight sets win over Federer in the semi-final match that was played on Court Phillippe-Chatrier. The entire match lasted for two hours and 25 minutes.

It was Nadal`s 14th win in 16 clay-court matches against Federer. Nadal had the upper hand over Federer on clay courts going into this match as the Swiss tennis star has managed to beat Nadal only two times in the matches that have been played on clay.

Nadal had a 13-2 lead on clay against Federer and 5-0 at Roland Garros going into this match. Nadal saved one break point in the first game and as a result, the world number two`s confidence increased.

Federer was seen struggling, and looked unsure of his groundstroke timing. He struck a backhand into the net on Nadal`s third break point in the second game.

Nadal continued to pile on the pressure on Federer and he took the first set in 51 minutes. Federer took a 2-0 lead at the start of the second set. But minutes later, Nadal bounced back.

Nadal converted his third break point chance with a forehand winner off a Federer smash. Federer, serving first in the set, applied the pressure, hitting deep and approaching the net at the right times.

At 4-4, Federer led 40/0 but Nadal recovered with relentless consistency and won his fifth straight point to break with a forehand volley. Nadal then closed out the second set, which lasted 50 minutes.

Nothing changed in the final set and Nadal sailed the deal winning the match 6-3, 6-4, 6-2. Nadal will now face either Novak Djokovic or Dominic Theim in the finals of the French Open.