Once the rain disappears fans can expect a wide open tournament if the season follows the current trend. 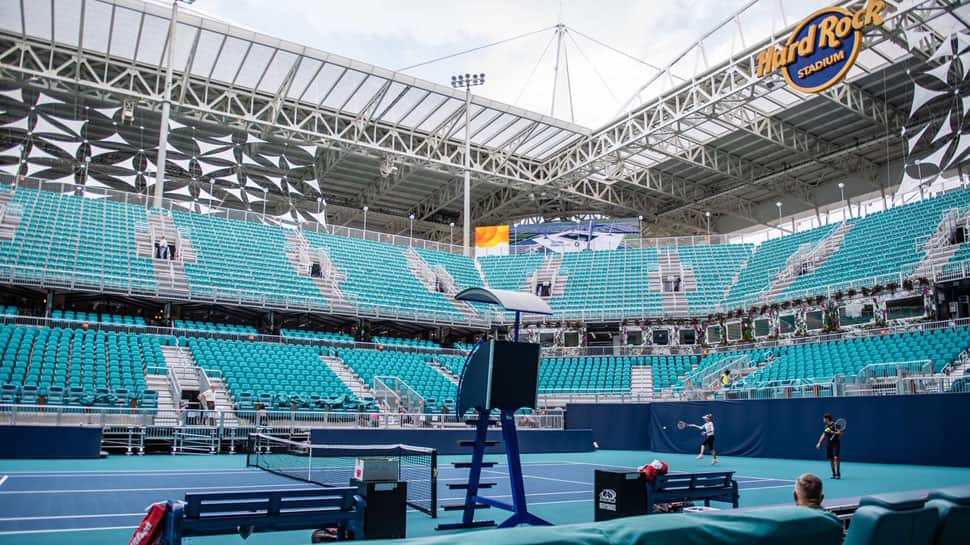 Rain wiped out the opening day's play at the Miami Open, delaying the start of the tournament at its new Hard Rock Stadium.

Having outgrown the cramped quarters of the Crandon Park and unable to secure the necessary approvals to renovate and expand, the Miami Open has moved to the home of the NFL's Miami Dolphins, but the day-long rain spoilt the moment.

With a 25 percent jump in ticket sales, tournament director James Blake, the former world number four, had been expecting a record crowd but instead, the 14,000 seat temporary show court inside the stadium stood empty with the luxury boxes silent.

"When we get through the first day or two and see what we are in store for, I have a feeling we will be announcing a lot of (attendance) records broken this year. I don't want to be too pie-in-the-sky, but I do think we are going to break a few records," American Blake told Reuters in a pre-tournament interview.

Once the rain disappears fans can expect a wide open tournament if the season follows the current trend. There have been 19 ATP Tour events this season and 13 WTA events each producing a different winner.

Bianca Andreescu, the 18-year-old Canadian who made her presence felt in the Indian Wells last week to claim her first career win, is on that list and comes to Miami looking to complete what would be an even more unlikely double.

Sloane Stephens, the reigning Miami champion and Serena Williams, an eight-time winner of what she considers her home event, can count on having the American crowd in their corner as will John Isner, who is back to defend his crown.

Serena, whose name is not among the 13 women's winners this season, has sister Venus in her quarter of the draw along with the always dangerous second-seeded Romanian Simona Halep.

The men's draw is also expected to be closely fought with six times winner and world number one Djokovic and three-time winner Federer.

The Swiss comes to Florida in superb form after collecting his 100th career win in Dubai and coming off a finals appearance in Indian Wells but will be on alert after crashing out in the first round a year ago.

World number one Osaka will also be wary with in-form German Angelique Kerber, a losing finalist in Indian Wells, lurking in her quarter.