Regular as clockwork, Novak Djokovic eases into Wimbledon third round

While Novak Djokovic may lack the shotmaking brilliance of Federer or the raw power and energy of Nadal, he rarely allows his level to slip below a supremely high watermark. 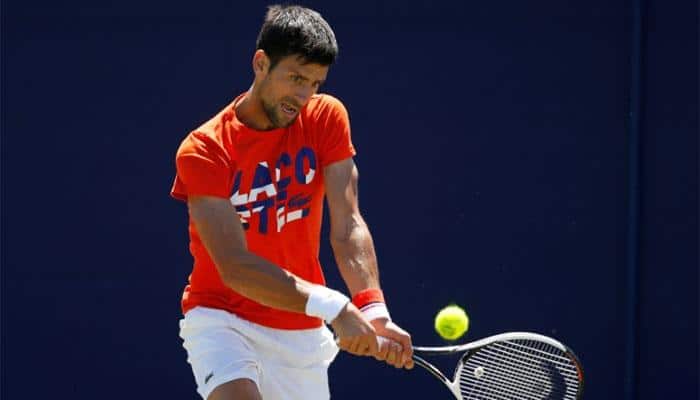 Novak Djokovic trails Roger Federer and Rafa Nadal in many of the game's most important metrics, but when it comes to consistently reaching the third round at Wimbledon, which he achieved with dazzling ease on Wednesday, he leaves his rivals in his wake.

That put him in the last 32 at the All England Club for the 11th straight year, a professional-era mark only surpassed by American Jimmy Connors -- and one more than the game's most decorated player Federer.

Consistency has become the Serb's hallmark. While he may lack the shotmaking brilliance of Federer or the raw power and energy of Nadal, he rarely allows his level to slip below a supremely high watermark.

Which makes slip-ups against those plying their trade at the level of Kudla an exceptionally rare occurrence.

"Consistency was one of the keys and focus points of my Grand Slam career going back 10 years -- I always aim to play my best in Grand Slams," he said after a one-hour-and-33-minute stroll that only occasionally flickered into life as a contest.

"I guess the quality of tennis that I produce in the slams is pretty high. That's what allows me to have the results like this."

The world number one had only once lost to a player lower than the 111th-ranked Kudla in a Grand Slam -- to Denis Istomin at the 2017 Australian Open -- and there was never any chance of a repeat on Wednesday.

Things had threatened to turn ugly for Kudla when he lost the first five games, but he fought his corner to ensure the score stayed respectable and the match remained competitive.

The holder and four times champion allowed a few match points to go begging before finally wrapping up victory to set up an encounter with Poland's 48th-ranked Hubert Hurkacz.

At this stage of the tournament, few would bet against Djokovic winning a 16th Grand Slam title next Sunday and the world number one certainly sounds confident.

"Ambitions are high and I've been fortunate in my career to do so well in Slams," he said.

"I have to think only about the next challenge and take things one step at a time."

Wimbledon: Halep and Azarenka set up battle of former world number ones