Roger Federer drawn into Novak Djokovic's half at Australian Open

Meanwhile, possible threats to world No. 1 Rafael Nadal in the top half of the men's singles draw include local favourite Nick Kyrgios, Austrian Dominic Thiem and Russian Daniil Medvedev. 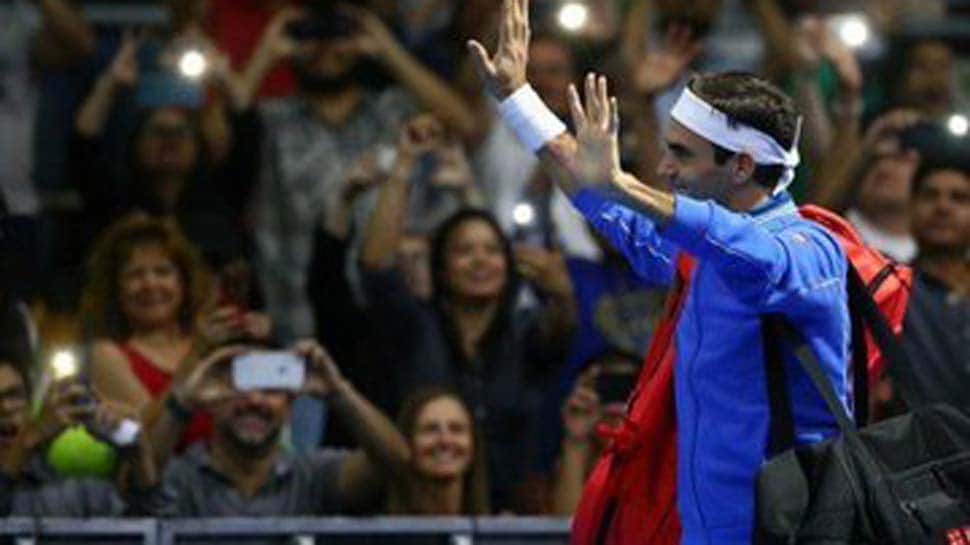 Melbourne:  Swiss great Roger Federer and defending champion Novak Djokovic could square off in the semi-finals of the Australian Open, the draw released for the season's first Grand Slam has revealed.

But the third-ranked Federer's road to the final-four stage at this year's event, which will run from January 20 to February 2, appears easier on paper.

He will take on 81st-ranked American Steve Johnson in the first round and could play 41st-ranked Serbian Filip Krajinovic in the second round.

If he gets past his opening matches, the Swiss may need to exact revenge on Australian world No. 47 John Millman and/or Bulgarian world No. 19 Grigor Dmitrov, who pulled off big upsets to oust Federer from the 2018 and 2019 US Opens, respectively, but would not be favored to repeat those feats.

Two other players in Federer's quarter who could be problematic are in-form Canadian Denis Shapovalov, the world No. 13, and Italian world No. 8 Matteo Berrettini, while another intriguing talent in that section is 18-year-old Italian Jannik Sinner, who has been touted as a future star by American former great John McEnroe.

Djokovic, who was on hand for Thursday's draw ceremony along with the defending women's singles champion, Naomi Osaka, plays 37th-ranked German Jan-Lennard Struff in the first round and will be heavily favoured to reach the quarter-finals.

But a potential opponent in the final eight is 21-year-old Greek world No. 6 Stefanos Tsitsipas, who won the biggest tournament of his career at the year-end ATP Finals in November and appears poised to challenge tennis' big three for major titles this season.

Nadal is expected to cruise past Bolivian world No. 72 Hugo Dellien in the first round, but looming ahead in the round of 16 is a potential match-up against the big-serving Kyrgios, who defeated Nadal at the 2014 Wimbledon and is a major threat to any player on the ATP Tour when at his best.

If all goes according to the seedings, Thiem and Medvedev would be Nadal's opponents in the quarterfinals and semifinals, respectively. Other players to look out for in Medvedev's quarter of the draw are veteran Swiss three-time Grand Slam champion Stan Wawrinka (winner of this event in 2014), in-form Russian Andrey Rublev and German world No. 7 Alexander Zverev.

In the women's singles draw, 23-time Grand Slam singles champion Serena Williams has been drawn into the second quarter of the draw and will take on 18-year-old Russian Anastasia Potapova in the first round.

The American appears to have a relatively smooth path to the quarterfinals and could square off in the round of 16 against her close friend, 2018 Australian Open champion Caroline Wozniacki, who has announced she will retire after this Grand Slam event.

But in the quarterfinal stage she could meet one of several dangerous players, including Japan's Osaka, the world No. 3; American teenage sensation Cori Gauff; or American 2017 US Open champion Sloane Stephens.

Venus Williams also is in that second quarter of the draw and will face Gauff in the first round, but the 39-year-old seven-time Grand Slam champion has not reached the second week of a major tournament since losing to her sister Serena in the final in Melbourne three years ago and has seen her ranking fall to No. 55.

In the top quarter of the women's singles draw, the favorites to reach the tournament's final four are Australian world No. 1 Ashleigh Barty, Czech world No. 8 Petra Kvitova and American world No. 11 Madison Keys.

The bottom half of the draw figures to be wide open, with Czech world No. 2 Karolina Pliskova, Romanian world No. 4 Simona Halep, Ukrainian world No. 5 Elina Svitolina and Swiss world No. 7 Belinda Bencic coming in as the highest seeds but not necessarily expected to live up to their rankings.