Federer will now lock horns with the Group Andre Agassi winner on Saturday in the semi-final of the tournament. 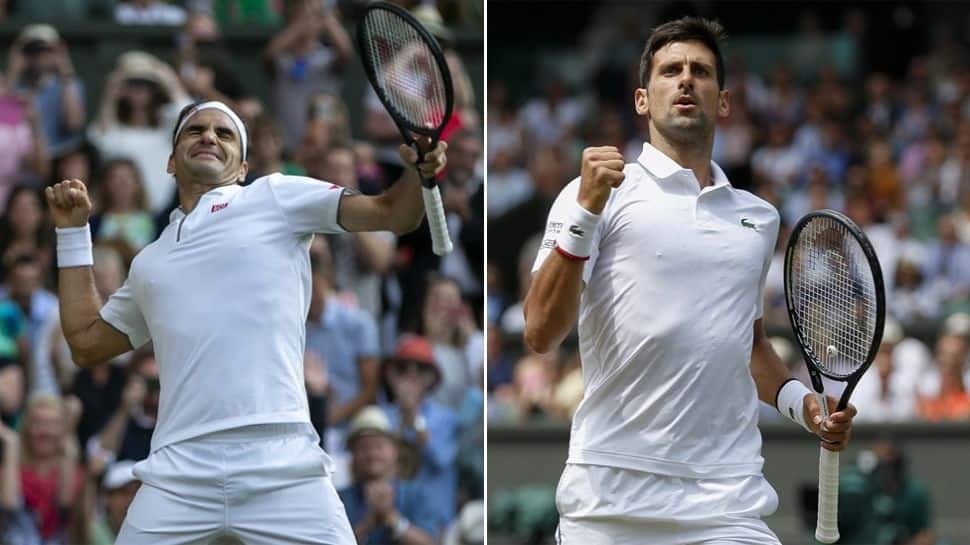 20-time Grand Slam champion Roger Federer produced a near-flawless performance to swept aside Serbian tennis maestro Novak Djokovic in straight sets in the crucial round robin clash of the Association for Tennis Professionals (ATP) Finals at the O2 Arena in London on Friday.

Swiss star Federer registered his first win over world number two Djokovic in four years with a 6-4, 6-3 win in a Group Bjorn Borg match that lasted one hour and 13 minutes. The victory also saw Federer book his place in the semi-final of the season-finale tournament.

In the opening set, Federer clinched 87 per cent of his service points to just one unforced error, while Djokovic committed two double faults to make a poor start to the match.

Djokovic, however, regained the momentum in the second set when he saved two break points in the opening game. Though the Serbian saw his first break chance of the match in the fourth game, he failed to convert the same into points and, instead, ran into more trouble on his serve at 2-2.

Subsequently,  Djokovic gave the second break of the match to Federer with a forehand long before the Swiss star broke once again to eventually seal the win.

Following the match, Federer was quite satified with his performance against Djokovic and described the win as "incredibly special".

“Great atmosphere, a great opponent here in London at The O2, definitely incredibly special. Just a night I enjoyed from the beginning. I played incredible, and I knew I had to because that’s what Novak does and I was able to produce. So it was definitely magical,” the ATP quoted Federer as saying.

With the win, Federer has now improved his ATP Head-to-Head rivalry against Djokovic to 23-26. The victory also saw the Swis crush Djokovic's hopes of making a year-end No.1 finish for the sixth time in his career.

Meanwhile, Federer will now lock horns with the Group Andre Agassi winner on Saturday in the semi-final of the tournament.