With the win, Bopanna and Koolhof have also picked up 250 ATP points along with the $76,870 prize money. 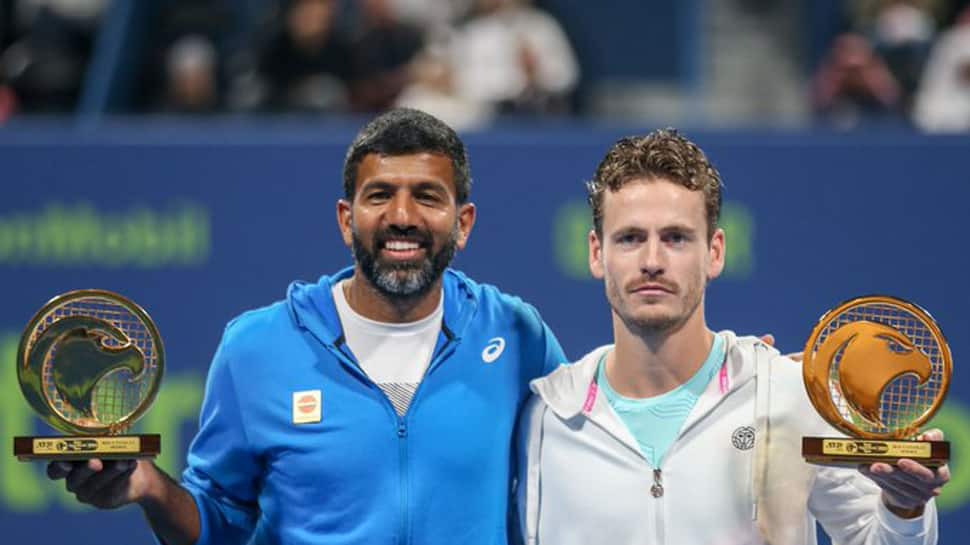 Ace Indian tennis star Rohan Bopanna and his Dutch partner Wesley Koolhof produced a spirited performance as they bounced back from a set down to clinch the first ATP Tour trophy of the decade at the Qatar Open on Friday evening.

After going down in the opening set, the Indian-Dutch pair rebounded strongly to register a 3-6, 6-2, 10-6 victory over the British-Mexican pair of Luke Bambridge and Santiago Gonzalez in the summit showdown of the men's doubles event that lasted one hour and 12 minutes.

Bopanna and Koolhof--who were playing their first event as a pair--clinched five straight point from 4/4 in the match tie-break before eventually lifting the title on their third championship point.

Reflecting on the win, Bopanna said that he is really happy to get the chance to come to Doha and kick off his year with a title.

"It is nice when you get that success immediately. I am really happy that I got this opportunity to come to Doha to play for the very first time. I’ve always played in India. When Wes was available, especially after such a successful 2019, it was a nice opportunity for me to play with him… It is good to start off the year with a title," the Association for Tennis Professionals (ATP) quoted the Indian tennis player as saying.

Netherlands star Koolhof, on the other hand, said that he has been starting off his seasons well from the last couple of years.

“Last year, I won in Brisbane and three years ago I won in the second week in Sydney. I am always starting off the season well, so I think it is time for holidays again," he said.

Earlier, the third-seeded pair swept aside the Finnish-Croatian team of Henri Kontinen and Franko Skugor 7-5, 6-2 to book their place in the final of the Qatar Open.

With the win, Bopanna and Koolhof have also picked up 250 ATP points along with the $76,870 prize money.