Despite the defeat, Djokovic still leads the Head-to-Head rivalry between the duo by 19-6. 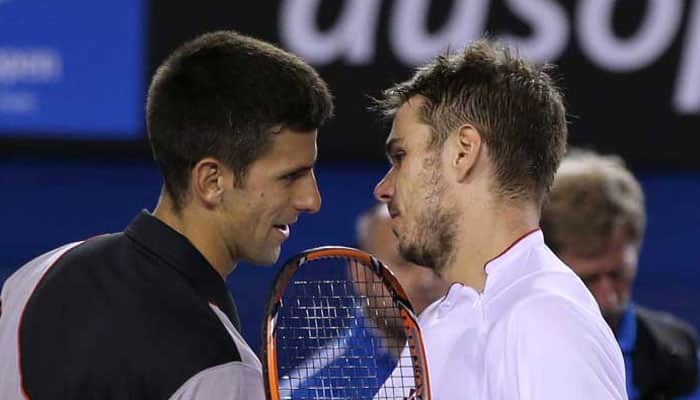 tennis star Stan Wawrinka stormed into the quarter-final of the US Open after defending champion and world number one Novak Djokovic retired hurt during their last-16 clash at the Arthur Ashe Stadium on Monday.

Serbian maestro Djokovic was trailing 4-6, 5-7, 1-2 against Wawrinka when the 16-time Grand Slam champion was forced to retire midway during the round-of-16 of men's singles event of the tournament due to a left shoulder injury.

Following the clash, Wawrinka said that he felt bad for "champion" Djokovic, pointing out that the duo had played some really amazing battles throughout their career.

"It's never the way you want to finish a match. I feel sorry for Novak. He's a friend and an amazing champion. We've played some amazing battles all my career. I want to keep my level [from] tonight. I was playing some very good tennis. I am happy to be back," the Association for Tennis Professionals (ATP) quoted Wawrinka as saying.

Despite the defeat, Djokovic still leads the Head-to-Head rivalry between the duo by 19-6. Notably, the world number one has never lost a match before the quarterfinals at the US Open since 2006.

23rd-seed Wawrinka, who had also defeated at the final of the 2016 edition of the tournament, has now made it to the last-eight of US Open for the fifth time in his six most recent appearances.

Rohan Bopanna's campaign at US Open comes to an end