Wawrinka strolled to the first set in just 23 minutes after breaking Copil in the sixth game, but the Romanian made a comeback and bagged the second set after a tiebreak. 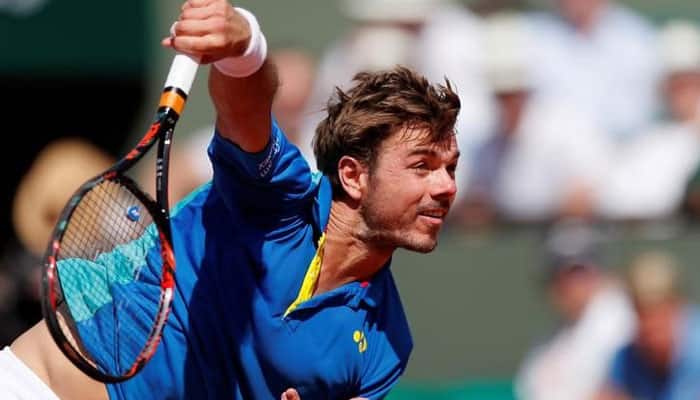 Three-time Grand Slam champion Stan Wawrinka fell at the first hurdle in the Sofia Open as he was beaten 6-3, 6-7(5), 4-6 by Romanian Marius Copil on Monday.

The Swiss, who has fallen to 57 in the rankings, strolled to the first set in just 23 minutes after breaking Copil in the sixth game, but the Romanian became more and more comfortable as the match went on and bagged the second set after a tiebreak.

Copil, who reached the tournament's final last year, put up stubborn resistance from the baseline in the third set, wrapping up his first career victory over Wawrinka, whose trademark backhand failed to fire.

"It's great to start with a win against Wawrinka. I made a few mistakes at the beginning. I had to change things, I knew I had to stay in the game after losing the first set," said world number 56 Copil.

"I served well today. The serve has always been my main weapon," added the Romanian.

Next up for Copil is the winner of the first-round clash between sixth seed Fernando Verdasco of Spain and Bulgarian qualifier Alexandar Lazarov, who defeated Italy's Luca Vanni 7-6(6), 3-6, 7-5 on Monday.

Top seed Karen Khachanov of Russia, will kick off his campaign in the second round against the winner of the match between Uzbekistan's Denis Istomin and Italian Matteo Berrettini.