Sania Mirza captioned the reel video as, “The ‘A’ in my name stands for soooo much in my life.” Later in the video, she explained that the ‘A’ in her name stands for – “Aggression, Ambition, Achieve and Affection.” 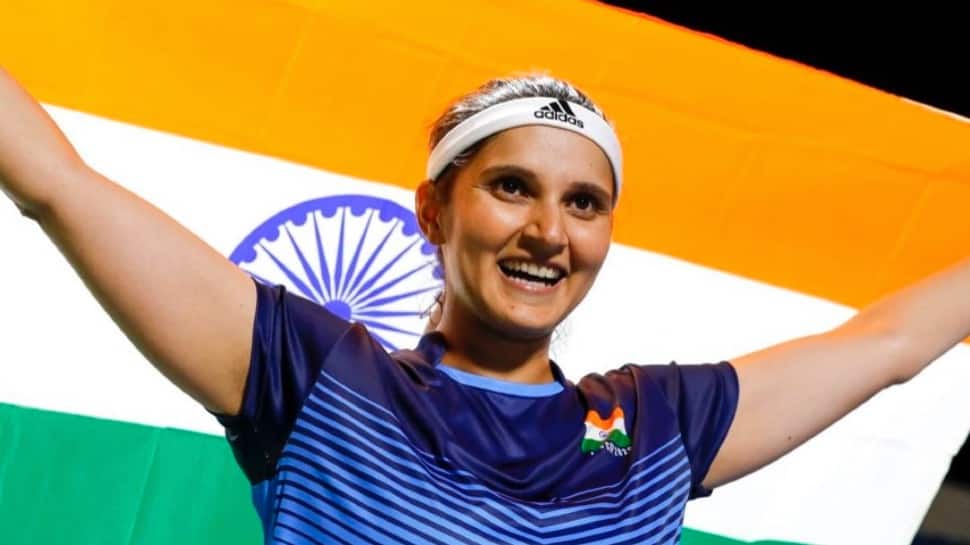 Sania Mirza will be leading the Indian contingent’s tennis hopes heading to Tokyo Olympics, which gets underway next week. The Indian tennis legend set the mood in a fun video posted on her Instagram feed. In the video, the six-time Grand Slam winner is seen donning India’s new Olympic kit, as she displays her dance skills in the short reel. Notably, India’s Olympic kit for the 2020 Tokyo Games was launched last month by the Indian Olympic Association (IOA).

The video starts with the tennis star grooving to the popular song ‘Kiss me more’ by Doja Cat and soon after, a text appears on the screen that reads “The ‘A’ in my name stands for”.

She captioned the reel video as, “The ‘A’ in my name stands for soooo much in my life.” Later in the video, she explained that the ‘A’ in her name stands for – “Aggression, Ambition, Achieve and Affection.”

The video, so far, has garnered more than 1 lakh likes and tons of comments with heart emojis. “I like the dance moves, especially the wink, congrats ya good stuff,” commented singer Ananya Birla. Another user commented, ”Cannot wait to see you in Olympics.”

This is Sania’s 4th Olympics foray and she will have 27-year-old Ankita Raina as her partner for the Tokyo Olympics in the Women’s Doubles event. With this, Sania will now become the first female athlete to represent India at four Olympics when she features at the Tokyo 2020, slated to get underway from July 23, while Ankita Raina will be making her debut at the showpiece event.

Talking about efforts one has to put into becoming the ultimate champion in tennis, she said, “Now, young children believe they can become big players in tennis. They need hard work, support and dedication. Destiny plays a role but nothing will happen without hard work and talent.”