Bruneau, who has worked with the hard-hitting Andreescu since March 2018, said he always "had a lot of trust in her" amid murmurs she could be tennis` next bright star. 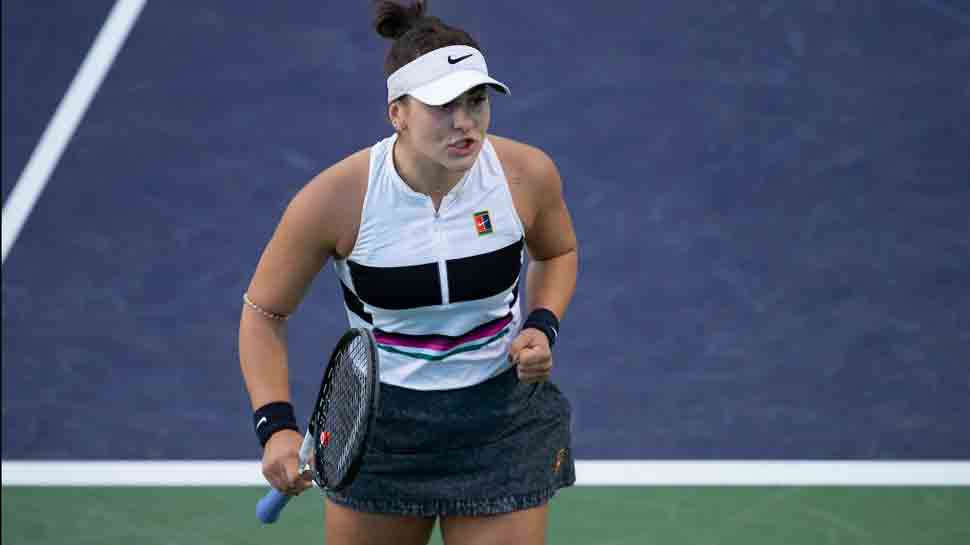 A year after losing in the first qualifying round of the US Open and on the eve of her maiden Grand Slam quarter-final, the view from Flushing Meadows looks awfully different for 19-year-old Canadian Bianca Andreescu.

From a 2018 year-end ranking of 178 to 15th place today, and with Rogers Cup and Indian Wells titles under her belt this year, Andreescu`s rapid ascent is enough to give any tennis observer vertigo -- even her coach, Sylvain Bruneau.

"Her journey, I guess, from a year ago has been pretty incredible. I`d like to say that we kind of had a feeling that it was going to turn out this way but I didn`t," Bruneau told reporters on the eve of the 15th seed`s quarter-final match.

Bruneau, who has worked with the hard-hitting Andreescu since March 2018, said he always "had a lot of trust in her" amid murmurs she could be tennis` next bright star.

Harnessing and focusing her natural intensity has been critical, Bruneau said the morning after her three-set, fourth-round thriller sent American qualifier Taylor Townsend packing and set up a clash with Belgian 25th seed Elise Mertens.

"I think it needed to be a little bit channeled and (she got) some tips on how to use all this energy," he said. "I noticed very early on that she was a born competitor."

Andreescu, who`s had an injury-hit year and pulled out of Cincinnati to rest her body for the year`s final Grand Slam, is getting more confident with added playing time, her coach said.

"I think her game was in place but she needed to really know what she was able to do," Bruneau said. "I think she knows now."