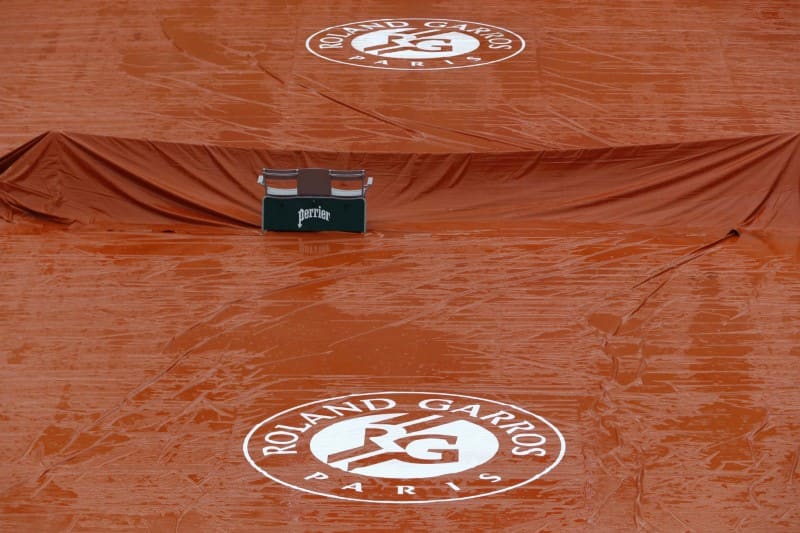 Four of the survivors in French Open women's singles face the prospect of playing three days in a row to win the title after heavy rain washed out the day's action on Wednesday.

Defending champion Simona Halep's quarter-final against Amanda Anisimova and Australian Ashleigh Barty's clash with Madison Keys will now be played on Thursday -- the scheduled day for the women's semi-finals.

Both women's semi-finals will then be played on Friday with the final in its rightful place on Saturday, although more bad weather is forecast and tournament director Guy Forget said there was even the chance the women's final could go to Sunday.

"That's not what we want to do," Forget said when a Sunday finish for the women's draw was mentioned.

"Some girls might be playing three days in a row. First of all, it's a very difficult task for one or two of them.

"Most of these girls have been waiting all of their lives to play such a big match, and to actually be playing a match of that magnitude with already two matches in their legs is a difficult task.

"If we have to move the final the following day, it's something that could happen."

The weather is expected to be drier on Thursday when the two remaining men's quarter-finals featuring Novak Djokovic and Alexander Zverev and Dominic Thiem and Karen Khachanov are also played, but Friday's forecast is for regular showers.

All the singles semi-finals, including Roger Federer's clash with Rafael Nadal, are now scheduled for Friday.

Forget said they could possibly use three different courts to make sure they get them all played. Semi-finals are usually played on the main Philippe Chatrier court.

"We could technically play on two courts, on three courts, but at one point it's a call we'll have to make," Forget told a news conference.

Forget said he hoped the tournament would be concluded on Sunday, although more rain over the coming days could see a repeat of 2012 when Nadal completed his final win over Djokovic on the third Monday of the championships.

"When we have uncertain weather, of course, it's very hard to predict, but we have to always study the worst-case scenario, knowing that ideally we want to try to finish on Sunday."

Forget said ideally both women's semi-finals, the undecided one and the one between Johanna Konta and Marketa Vondrousova, who won their quarter-finals on Tuesday, would be played at the same time on Friday.

"Ideally you would want the girls to play at the exact same time so they have the same amount of recovery," he said.

As the men who advance to Sunday's final are scheduled to have Saturday off, Forget added that there was more flexibility about when they play their semi-finals on Friday. However, if they too insist on an early start on Friday, then a third court will have to be used.

"If you have to play the men's at the same time, that's when we think about three courts. Then one of the women's semi-final will have to go maybe on the Simonne-Mathieu court.

"Hopefully we'll be able to conclude the women on time and we keep our fingers crossed that we might play through the raindrops, especially on Friday."

Ticket holders were left huddled under umbrellas on Wednesday as the French Open had its first washout since May 30, 2016. They will get full refunds and will be able to attend free of charge on Court Suzanne Lenglen on Thursday to watch Keys against Barty and Thiem versus Khachanov.

It is likely to be the last-ever complete washout at the French Open with a new retractable roof expected to be in operation for the first time on Court Philippe Chatrier in 2020.