Two persons have been injured and many feared trapped after a two-storey building collapsed in Nithari Village of Noida Sector 31. 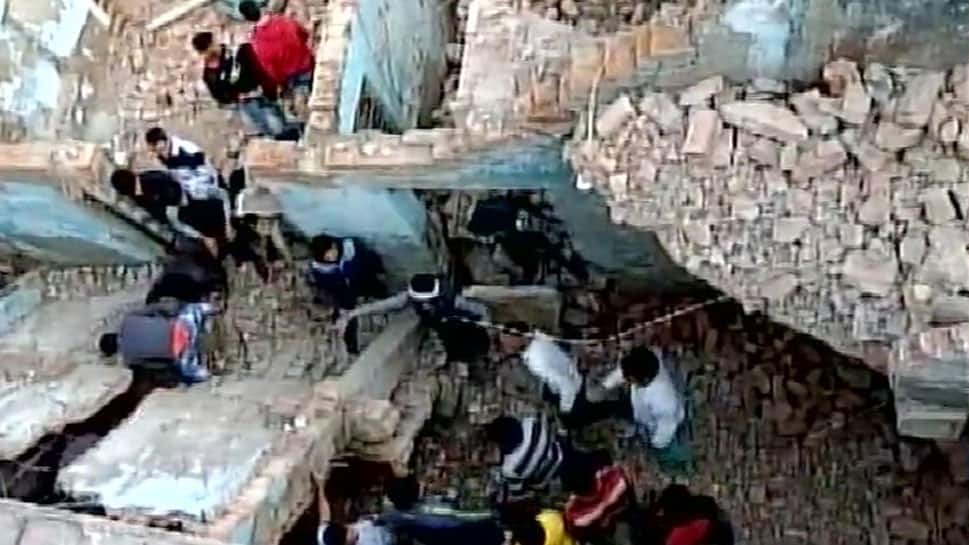 New Delhi: A three-storey building under renovation collapsed in Nithari Village of Noida Sector 31 on Monday, killing a 10-year-old child one and injuring three others. The incident occurred at around 4 pm when a portion of the house fell down on the victims apparently due to the impact of the demolition work going on inside.

The four were hit by the debris, officials said, adding that Luv (10), who hailed from Darjeeling, succumbed to his injuries while Sonali Yadav (18), Barkha Sharma (17), and Shakeel (12) were hospitalised.

"A child died and three people, including two minors, were injured in the incident," Senior Superintendent of Police (SSP) Vaibhav Krishna said, adding that the injured were hospitalised.

He further said that the incident would be investigated thoroughly.

The Noida Authority said that the "old house" was being refurbished and blamed its owner Vijender Awana of being "careless".

"The owner (Awana) had got the walls and the ceiling of the house torn down first but due to carelessness, the porch on the front side was left hanging which collapsed today," Authority's Officer on Special Duty Rajesh Kumar Singh said.