23 MLAs took oath as ministers in UP Government on Wednesday. 6 of them were sworn in as Cabinet Ministers.

Out of the 23, six of them have been given the rank of cabinet ministers in what was the first reshuffle of the Yogi Adityanath-led BJP government in the state.

23 MLAs take oath as ministers in Uttar Pradesh Government, 6 of them as Cabinet Ministers, in the first Cabinet reshuffle of the present Government pic.twitter.com/IaUqWyt7oc — ANI UP (@ANINewsUP) August 21, 2019 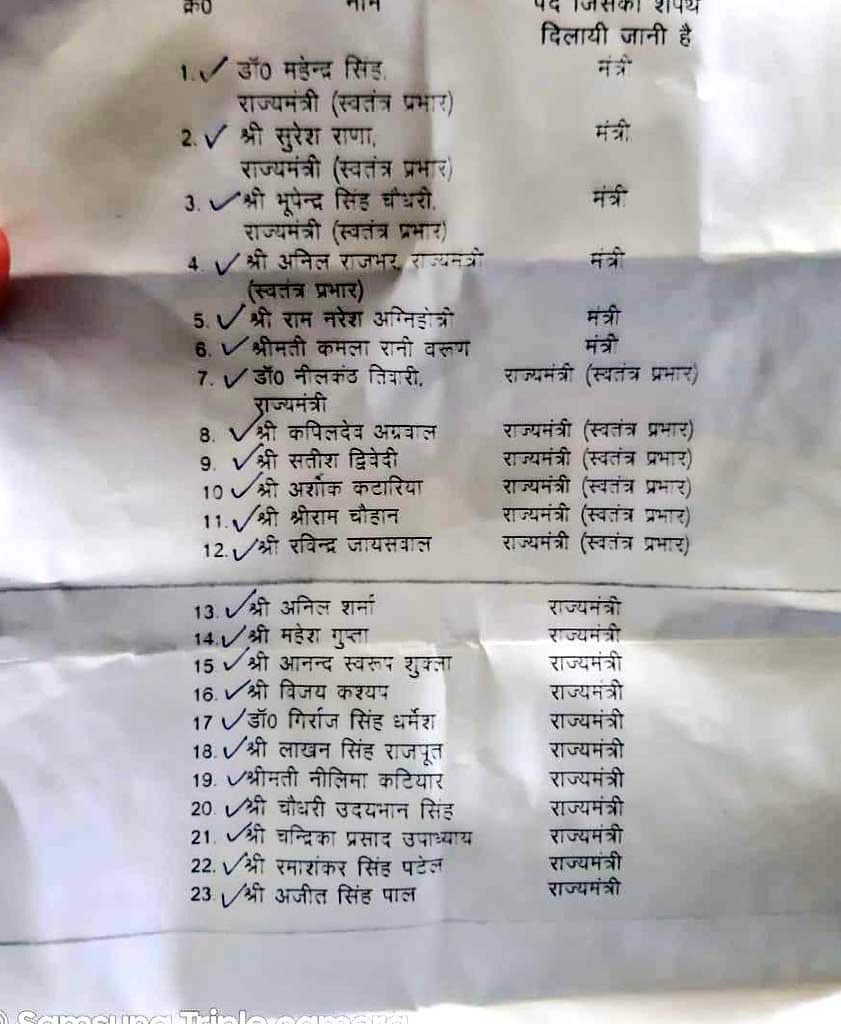 It was earlier reported that at least 24 new ministers would be inducted in the Yogi Adityanath-led government in the state.

The sources said that the names of new ministers were finalised after hectic deliberations between Yogi Adityanath, UP BJP chief Swatantra Dev Singh and state BJP organisational secretary Sunil Bansal at the chief minister's official residence in Lucknow.

The finalised list was sent to the state's Governor this morning.

Ahead of the cabinet expansion, several senior ministers had resigned to make way for new entrants in the ministry.

Finance Minister Rajesh Agarwal had sent his resignation to the Chief Minister on Tuesday afternoon while state BJP president Swatantra Dev Singh, who was the Transport Minister, had put in his papers on Monday.

Other ministers who also quit from their posts were - Chetan Chauhan, Anupama Jaiswal, Mukut Bihari Verma and Swati Singh.

Sources said these ministers have been eased out at the instructions of the BJP top brass, owing to poor and average performance in the two-year-plus tenure.

Earlier, the cabinet reshuffle was to take place on Monday but was postponed owing to the critical health of former Union Minister Arun Jaitley.