The BJP had won all the eight seats in 2014 Lok Sabha elections but lost Kairana seat in a by-poll held later. 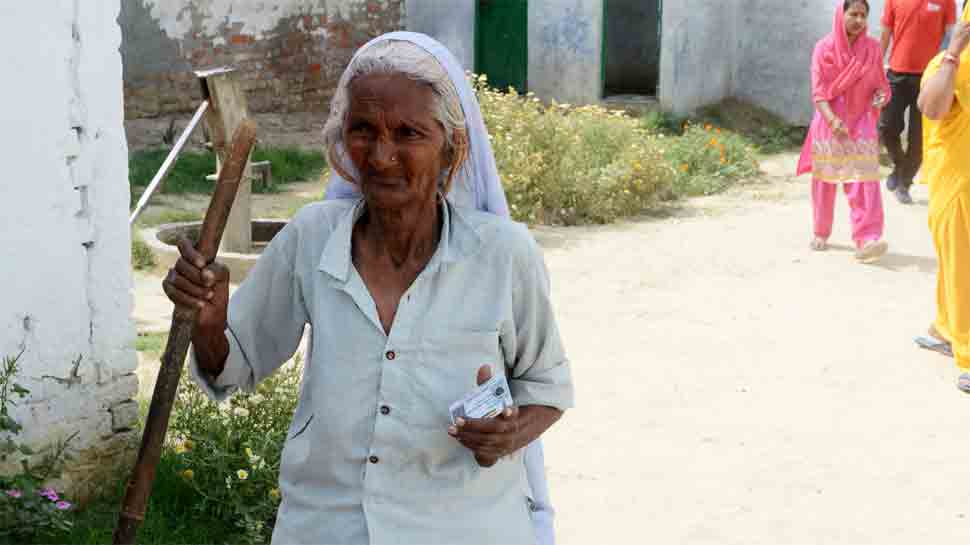 Lucknow: Brisk polling was recorded in eight parliamentary constituencies of western Uttar Pradesh in the first phase of Lok Sabha polls Thursday, with an estimated 50 per cent voter turnout till 3 pm, an official said.

Despite hot weather conditions, voters turned out in large numbers and polling was going on peacefully, an official of the state election department said here.

The BJP had won all the eight seats in 2014 Lok Sabha elections but lost Kairana seat in a by-poll held later.

Joint Chief Electoral Officer Ramesh Chandra Rai said there was no report of any impersonation, bogus voting, obstruction to polling or violence from anywhere in these constituencies,

In Muzaffarnagar, BJP MP Sanjeev Balyan stoked a controversy by demanding that male officials check identity of burqa-clad women at poll stations where women security personnel have not been posted.

"If someone comes in a burqa, whether the same person is coming four or five times, how will you check," Balyan told reporters in Muzaffarnagar.
"Without checking the face, how can you allow anyone to cast vote," he asked.

Reacting to it, UP Chief Electoral Officer L Venkateshwarlu told PTI that women officials have been deployed to ascertain identity of women voters.

"There is already a mechanism in place. District magistrates have deployed women officials to ascertain the identity of female voters. Wherever there are burqa-clad voters, women poll officials are posted to ascertain their identity," he said.

The Congress slammed Balyan for his remarks.

The communally sensitive seat of Muzaffarnagar is witnessing a clash between RLD chief Ajit Singh and Balyan.
For the saffron party, the Kairana parliamentary constituency holds immense significance as it had tasted defeat in the Lok Sabha by-election last year.

Politically crucial Uttar Pradesh sends 80 MPs to the Lok Sabha. Of the 80 seats in UP, the Samajwadi Party is contesting on 37 seats, BSP on 38, and the RLD on three seats.
UP will head for voting in all the seven phases.