The SP and the BSP are planning to contest on 37 seats each out of the 80 Lok Sabha seats in Uttar Pradesh. 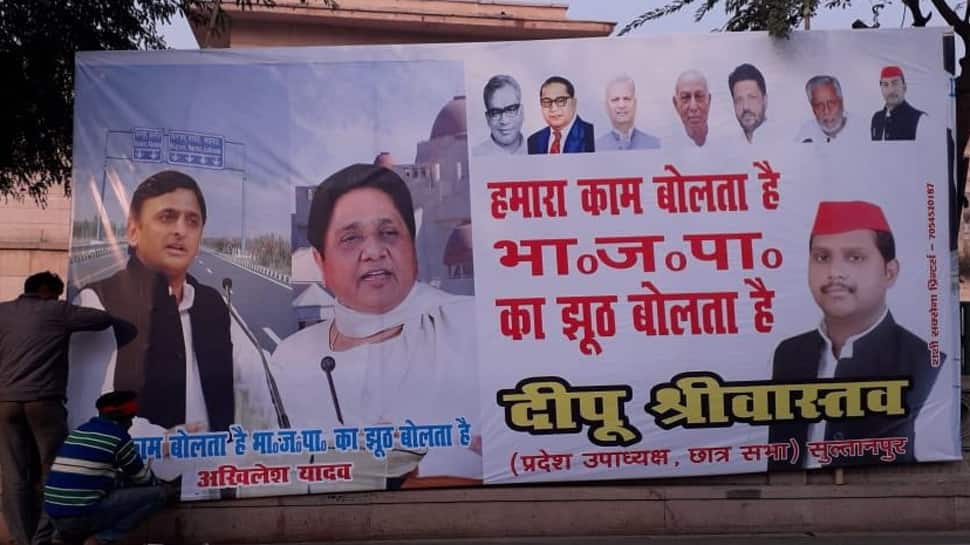 NEW DELHI: Samajwadi Party chief Akhilesh Yadav and Bahujan Samaj Party (BSP) chief Mayawati will on Saturday jointly address a press conference to announce the seat-sharing arrangement between the two parties for the upcoming Lok Sabha elections. With the two leaders coming together to make the announcement without the Congress, it seems clear that the grand old party is being kept out of the pact in Uttar Pradesh.

As per reports, the SP and the BSP are planning to contest on 37 seats each out of the 80 Lok Sabha seats in Uttar Pradesh. The alliance plans to leave just two -- Raebareli and Amethi, the bastions of Sonia Gandhi and Rahul Gandhi -- for the Congress.

While Akhilesh on Friday shied away from speaking on the seat sharing arrangement with the Congress, the latter has described the likelihood of being ignored in the alliance as a "very dangerous mistake". The Congress has claimed that it is ready to fight the parliamentary polls alone in the state.

Akhilesh had said in Kannauj that with BSP, SP coming together, there is not just fear in the BJP but also in the Congress.

Smaller parties like the RLD and the Nishad Party are also likely to be part of the alliance but were not mentioned in the announcement on the press conference on Friday.

The two parties had buried their differences last year when they had come together to contest the three bypolls in Gorakhpur, Phulpur and Kairana. Their win in the bypolls was seen as a consolidation of Other Backward Classes, Dalits and Muslim votes, and raised expectations of a similar math working in the 2019 elections.

The two leaders have also publicly shown support for each other giving indications that the alliance is going strong in the run up to the Lok Sabha polls.

When there were reports that the CBI might question Yadav in connection with a mining scam that allegedly took place when he was chief minister, Mayawati had advised her 'mahagatbandhan' partner to not be 'shaken'.

Yadav, too, had put out a statement condemning Prime Minister Narendra Modi's remarks in Agra on Mayawati "forgetting" an attack on her by SP workers in 1995. "The PM is scared of the alliance," Yadav had said.