Any alliance with Congress would affect 'honest parties' like SP, BSP: Mayawati

Mayawati claimed that Congress's vote is not transferrable. 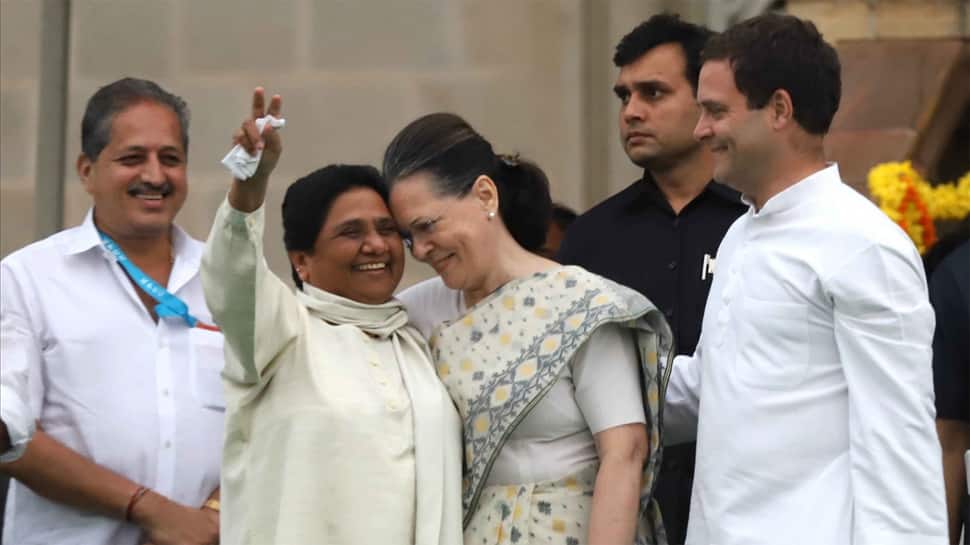 LUCKNOW: Dismissing the need for Congress in a Bahujan Samaj Party-Samajwadi Party alliance, Mayawati on Saturday said that there would be no benefit for either of the two parties by joining hands with the Congress.

"Many a time, we have seen similarities between the Congress and BJP. For example, in the defence sector, we are seeing how both indulged in corruption (Bofors and Rafale). Congress imposed declared an emergency, today there is an undeclared emergency. Most sections of the society, including scheduled castes, farmers, and the poor were unhappy with the Congress rule. Whether the mandate goes to the Congress or BJP, it is one and the same thing," she said adding that Congress's vote is not transferrable.

In the seat sharing arrangement announced on Saturday, the BSP and SP said that the two parties will contest elections on 38 seats each while keeping two for other alliance partners. While they decided to not join hands with the Congress, they will not be fielding any candidates in Gandhi bastions Amethi and Raebareli.

She also added that any further alliance with the Congress would affect "honest parties" like the SP and BSP. "Our votes are easily transferred, however, the Congress' vote gets transferred to BJP or any other party, or it gets sorted out internally. Honest parties like ours get affected by this, and we have experienced this in Uttar Pradesh itself. Therefore, we have decided that we will not ally in the future with parties like the Congress," she added.

The SP and Congress had fought the 2017 Uttar Pradesh Assembly elections together but the duo faced a crushing defeat at the hands of the BJP.

Uttar Pradesh holds they key in Lok Sabha elections as it has the maximum number of 80 seats out the 543 and plays a crucial role in government formation in the Centre.

With Akhilesh Yadav on her side, Mayawati recalls 1995 guest house incident to hit out at BJP