The holy town of Ayodhya – the birthplace of Lord Ram – is being fully decked up ahead of the ‘bhoomi pujan’ or the ground-breaking ceremony, which marks the formal beginning of the Ram temple construction, on August 5. According to reports, Ayodhya is being cleaned up and efforts are being taken to give a whole new look to the ancient city. 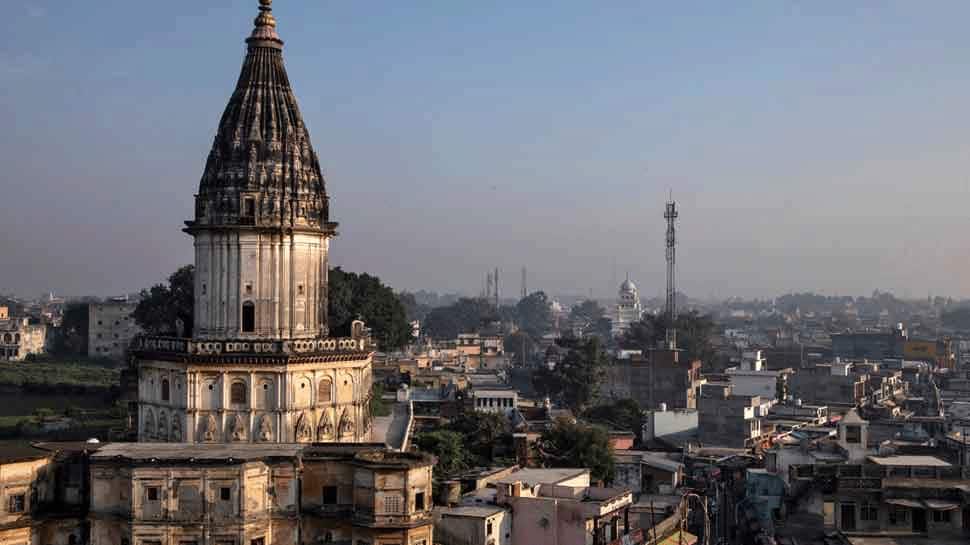 AYODHYA: The holy town of Ayodhya – the birthplace of Lord Ram – is being fully decked up ahead of the ‘bhoomi pujan’ or the ground-breaking ceremony, which marks the formal beginning of the Ram temple construction, scheduled to take place on August 5. According to reports, Ayodhya is being cleaned up and efforts are being taken to give a whole new look to the ancient city.

The Ayodhya district administration has launched a massive cleanliness drive in view of the 'bhoomi pujan' ceremony of Ram temple on August 5, which is likely to be attended by Prime Minister Narendra Modi.

A team of 500 sanitary workers has been working round-the-clock to deck up the temple town. The main thoroughfares of Ayodhya are being decorated with graffiti and paintings depicting scenes from the Ramayan.

According to Ayodhya Mayor Rishikesh Updadhyaya, ward-wise meetings are being conducted to make Ayodhya ready to welcome the PM on August 5. Officials who were involved in the management of Kumbh Mela last year have been deployed to look after every aspect of the grand function on August 5.

A team of BJP workers led by Ayodhya MLA Ved Prakash Gupta is reaching out to every household to make sure all houses in the temple town are decorated with lights and earthen lamps. Around 1.25 lakh lamps would be lit during the event.

Locals have been asked to decorate their houses with yellow colour, rangoli, and flowers, decorative lights and earthen diyas for ‘bhoomi pujan’ day. Several Hindu religious trusts, including spiritual guru Morari Bapu has announced a donation of Rs 5 crore from his Vyaspeeth to Sri Ram Janmabhoomi Tirtha Kshetra Trust.

The Centre-appointed temple trust has also appealed to people to donate cash instead of jewellery for the construction work. Through online donations in the past four months, the trust has received around 6 crore in its two bank accounts in SBI branch, Ayodhya, sources said. The Trust is also sending acknowledgment receipts of donations along with a letter of appreciation to the donors.

It has also come to light that the idol of Ram Lalla is likely to don a green coloured attire with a saffron border on August 5 when `bhoomi pujan" will be done for the construction of a grand temple at Ayodhya.

The attire will have "navratnas" stitched on it and is being readied at a shop in Ayodhya whose owners have been stitching clothes for Ram Lalla for four generations.

Rai said that coronavirus guidelines will be followed at the event and only a limited number of people will be allowed to participate. "We will try that not more than 125-150 people attend the event. The guidelines of the government will be followed," he said.

"I will request people not to travel to Ayodhya for the event. Everyone should celebrate the event at their own places by lighting lamps and diyas. Pray that India becomes free from coronavirus," he said.

Prime Minister Narendra Modi is scheduled to lay the foundation stone of the Ram Temple in Ayodhya on August 5, according to Mahant Nritya Gopal Das, the president of the Sri Ram Janmabhoomi Teertha Kshetra Trust.

The construction of Ram temple in Ayodhya will begin after the ceremony to lay the foundation stone (bhoomi poojan) in which chief ministers of many states, ministers from the union cabinet and RSS chief Mohan Bhagwat are also likely to participate.

The Ram Janmabhoomi Teertha Kshetra Trust, set up in accordance with the Supreme Court verdict, held its second meeting earlier this month. In March this year, the `Ram Lalla` idol was shifted to a temporary structure. The apex court, on November 9 last year, had directed the central government to hand over the site at Ayodhya for the construction of a Ram temple.

PM Narendra Modi himself is a leader born out of Ram Temple movement, says Champat Rai