Noted yoga guru Baba Ramdev fell off an elephant while performing a yoga asana on it and a video of the incident has gone viral on social media. 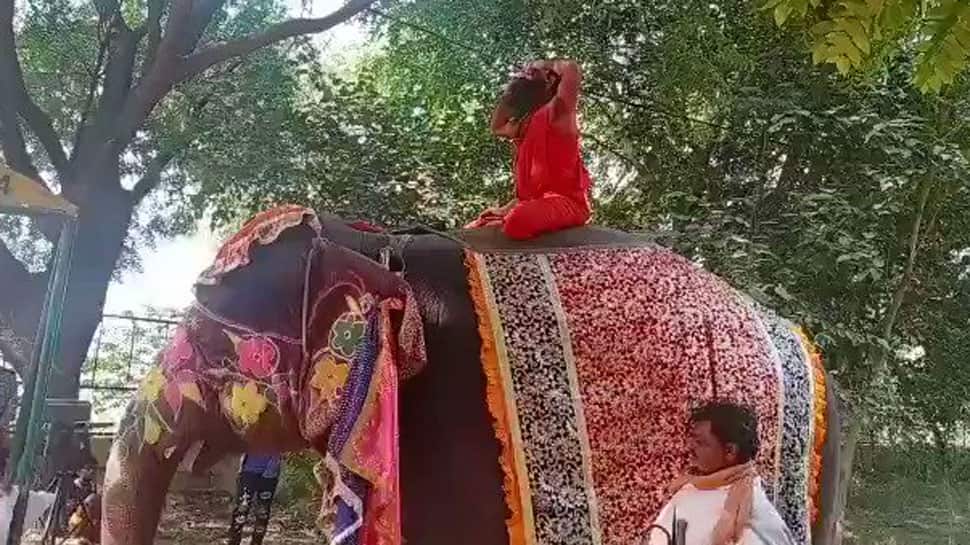 NEW DELHI: Noted yoga guru Baba Ramdev fell off an elephant while performing a yoga 'asana' on it and a video of the incident has gone viral on social media evoking funny responses from users .

The incident occurred on Monday at Guru Sharanan’s ashram Ramanarati in Mathura. At the time of fall, Baba Ramdev was teaching yoga to saints gathered at the camp.

The 22-second viral video shows Baba Ramdev sitting on the elephant while performing a yoga asana. Just a few seconds into the video, the elephant moves which disturbs Ramdev's balance and he falls on the ground.

However, Baba Ramdev gets up immediately laughing.

Take a look at the video posted by a user on Twitter:

BREAKING: Baba Ramdev fell off from an elephant while doing Yoga on it, has sustained severe injuries in Spine, now admitted to Medanta Gurgaon.pic.twitter.com/1ec0IxFDLG

On October 12, Swami Ramdev shared a tweet about the yoga camp.

Baba Ramdev is world-renowned for teaching yoga and various yoga postures and techniques for a healthy living. Yoga is a spiritual and ascetic discipline that combines physical exercises, mental meditation and breathing techniques to strengthen the muscles and relieve stress.