Vijay Rajbhar, son of a vegetable vendor, was on Sunday announced as the BJP candidate for the upcoming bye-election to Ghosi Assembly constituency in Uttar Pradesh. 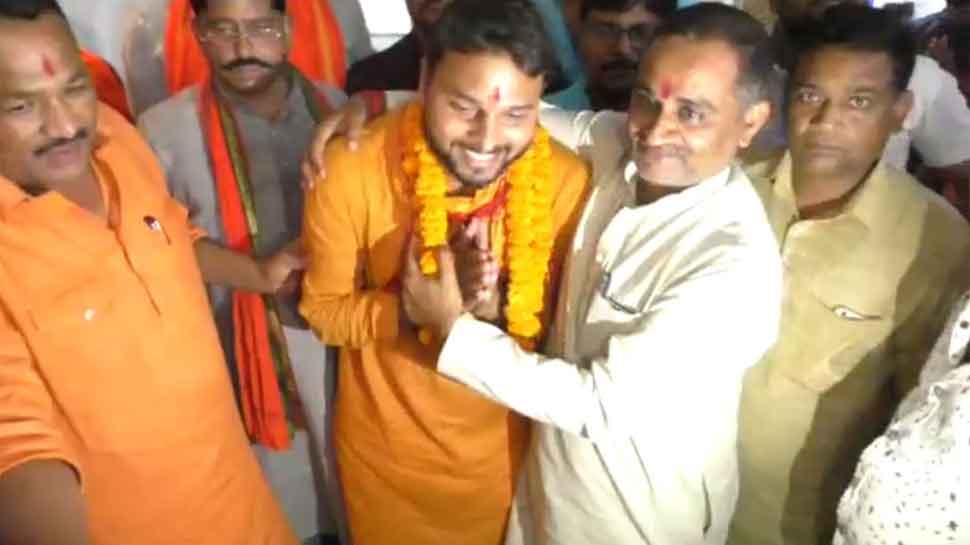 Mau: It is a proud moment for Nand Lal Rajbhar, a vegetable vendor, as his son has received a ticket from BJP to contest in the bye-election to Ghosi Assembly constituency in Uttar Pradesh.

Vijay Rajbhar, son of a vegetable vendor, was on Sunday announced as the Bharatiya Janata Party (BJP) candidate for the upcoming bye-election to Ghosi Assembly constituency in Uttar Pradesh.

"The organisation has given a huge responsibility. My father sells vegetables on the footpath near Munshi Pura. I will try my best to fulfil the expectations," Vijay told media here.

Vijay's father Nand Lal Rajbhar said that his son's 'hard work has paid off'. "I sell vegetables. My son`s hard work has paid off. The party has given him a ticket after considering him capable. It feels good," he said.The BJP had on Sunday released a list of 32 candidates for by-elections across 13 states scheduled for October 21. The results will be announced on October 24.

Vijay is an active BJP worker and is party's city president. He is recognised as a young leader, known for his hard work. He had once contested and won the municipal corporation election from Shahadatpura.

Vijay's father is a vegetable vendor. When he came to know that his son has been the party's ticket to contest the by-election, he couldn't be more happy. Thanking Prime Minister Narendra Modi, he prayed for the victory of his son in the election.