Lashing out at the opposition for targetting Sengar, the UP BJP president said that the Samajwadi Party, Bahujan Samaj Party and the Congress are only politicising the issue. 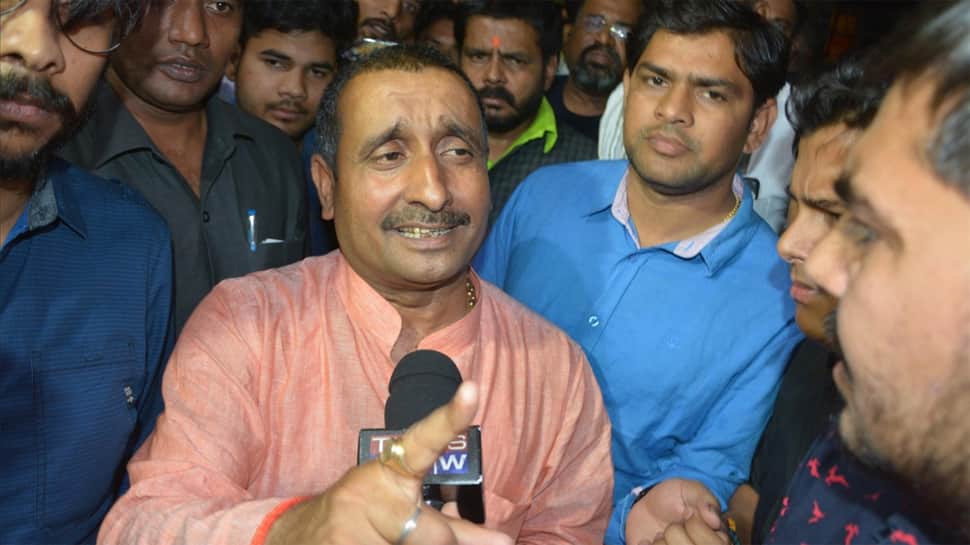 The noose seems to be tightening around Bharatiya Janata Party (BJP) MLA Kuldeep Singh Sengar in connection with the Unnao rape case. Amid fierce opposition, the BJP on Tuesday suspended Sengar from the party. Acting on the complaint filed by the victim's uncle, the UP Police has filed a murder case against Sengar, the prime accused in the rape case, along with others.

Speaking to Zee News, UP BJP president Swantantra Dev Singh said the party has taken tough on the complaint against Sengar. Singh said that the law will take its own course and the party will have nothing to do with him. Singh also added that the CBI will investigate both the cases and the guilty will be punished. He said that the family of the victim will have the full support of the UP government.

Lashing out at the opposition for targetting Sengar, the UP BJP president said that the Samajwadi Party, Bahujan Samaj Party and the Congress are only politicising the issue. "This is a tragic incident and the BJP government is very sensitive about it," he said.

The rape survivor, who met with a road accident on Sunday, is currently on ventilator and is said to be in a critical condition. An official of the King George's Medical University in Lucknow, where she is admitted, said that she a head injury and a fractured leg.

Along with the rape survivor, her lawyer Mahendra Singh who was also in the car at the time of the crash, is also on ventilator support. The girl's mother and aunt had died in the crash.

While initial investigations of the UP Police indicated that it was a road mishap, there have been suspicions of some foul play at work. Opposition parties have called it a murder conspiracy and have demanded a probe by the Central Bureau of Investigation.

Along with the FIR against Sengar, cases were also lodged against his brother Manoj and eight others on the complaint of the girl's uncle.

The crash happened on National Highway 232 near Raebareli when a truck collided against the car in which the girl was travelling in. Her mother and aunt were also in the car while Mahendra Singh was behind the wheels. Locals rushed to the spot and pulled out the victims. They were rushed to a nearby hospital where the girl's aunt was declared 'brought dead'. From here, the others were taken to the Lucknow trauma centre where the girl's mother died.