The youth wing of the BJP has set a 15-day deadline for the AMU VC to consider its demand. 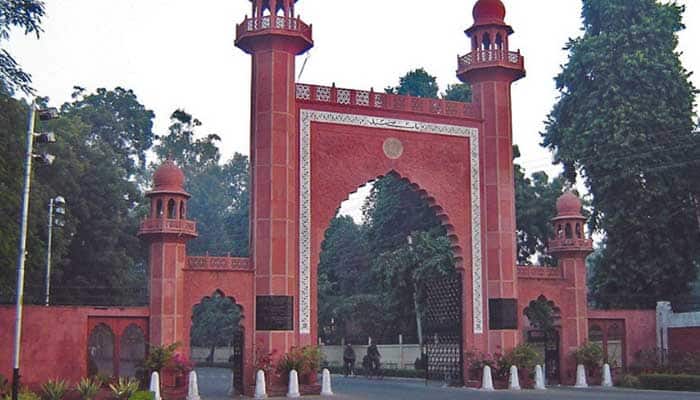 ALIGARH: The youth wing of the BJP is now pressing for a temple in the premises of the Aligarh Muslim University (AMU) in Uttar Pradesh for Hindu community students studying there.

According to news agency ANI, the Aligarh youth wing of the saffron party has written a letter to the AMU Vice-Chancellor demanding the construction of a temple in the university premises.

The BJP youth wing has also set a 15-day deadline for the AMU administration to consider its demand failing which its members will take the task of establishing a temple inside the AMU campus into their hands.

BJP youth wing has also requested the AMU Vice Chancellor to provide land for the construction of “temple” inside the campus to ''enforce its secular character.''

In its letter to the AMU Vice Chancellor, BJP youth wing chief said that the Hindu community students have to face problems in performing puja due to non-availability of a temple inside the campus.

The development comes a day after UP CM Yogi Adityanath targeted the Aligarh Muslim University (AMU) for not giving quota in admission to SC/ST students.

Last year, Ajay Singh, a law student at the AMU and grandson of Aligarh BJP MLA Dalveer Singh, had reportedly demanded the construction of a Saraswati temple inside the university campus.

Priyanka to visit Lucknow on Monday, take stock of her new turf