BJP MLA Sadhna Singh had earlier apologised for her derogatory remarks against the BSP chief. 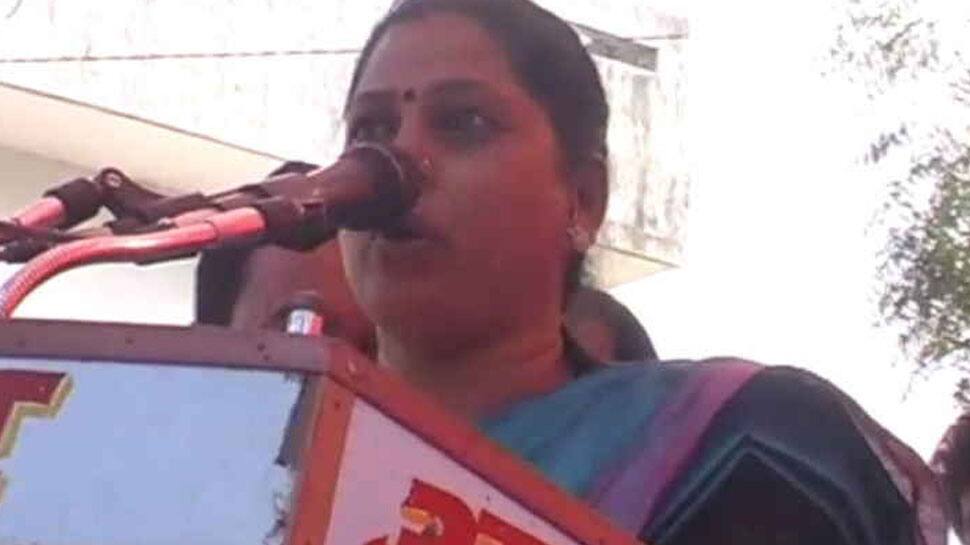 LUCKNOW: In more trouble for BJP MLA Sadhna Singh from Uttar Pradesh, the Bahujan Samaj Party on Sunday filed a police complaint against the former for calling Mayawati a "blot on womankind" and "worse than a transgender".

According to ANI, the case against BJP MLA was filed by BSP's Ram Chandra Gautam in Baburi police station over her objectionable remarks on Mayawati.

Singh, who had come under strident criticism from allies and opposition leaders for calling BSP chief Mayawati "worse than a transgender", had earlier apologised for her derogatory remarks against the BSP chief.

"I had no intentions of disrespecting anyone, I express regret if someone was hurt by my words," she said in a statement on Sunday.

BJP MLA Sadhna Singh on her statement on BSP chief Mayawati: I had no intentions of disrespecting anyone, I express regret if someone was hurt by my words. pic.twitter.com/k4PRoaSpS4

Sadhana added that she only wanted to remind people of the infamous Lucknow guest house incident where BSP supremo Mayawati and some other BSP leaders were attacked by Samajwadi workers adding that she had no intentions of insulting anyone.

Her statement had led to a huge row with the BSP calling the BJP MLA 'mentally ill'.

BSP leader Satish Chandra Mishra said the BJP was rattled by the SP-BSP alliance and the leaders of the saffron party have lost their mental balance fearing defeat in the upcoming Lok Sabha polls.

"The language used by BJP leader Sadhana Singh against our party President Mayawati shows the level of the BJP. This shows that BJP is disappointed and frustrated with the SP-BSP alliance. They have no strength to win even a single seat in Uttar Pradesh. The level of language shows their mental illness. Such people should be admitted to the mental hospital of Agra or Bareli. The people of this country this time will show BJP its real place. They have lost their mental balance in fear of losing the election in Uttar Pradesh," Mishra said.

"The sort of words used for Mayawati by BJP's woman MLA from Mughalsarai is highly objectionable. I condemn the statement. BJP has become completely bankrupt when it comes to morals. They are just frustrated. The statement is an insult to the women of the country," SP chief Akhilesh Yadav said.

The Mughalsarai BJP MLA made the controversial remarks at a rally on Saturday while referring to the infamous incident when Mayawati was assaulted by Samajwadi Party workers in a Lucknow guest house in 1995.

Taking note of the incident, the National Commission for Women (NCW) too said that it would formally issue a notice to Singh seeking an explanation from her.

Condemning her remarks, Union Minister and Republican Party of India president Ramdas Athawale told a presser in Lucknow on Sunday that such personal comments should not be made.

This is not the first time that a BJP leader has made objectionable remarks against Mayawati.

In 2016, senior UP BJP leader Dayashankar Singh was expelled for using "filthy language" against the BSP chief. His wife Swati Singh, who defended him at that time, is now a minister in the Yogi Adityanath-led BJP government in the state.