During the event, a new initiative for the safety of senior citizen 'Savera` was also launched by the UP Chief Minister. 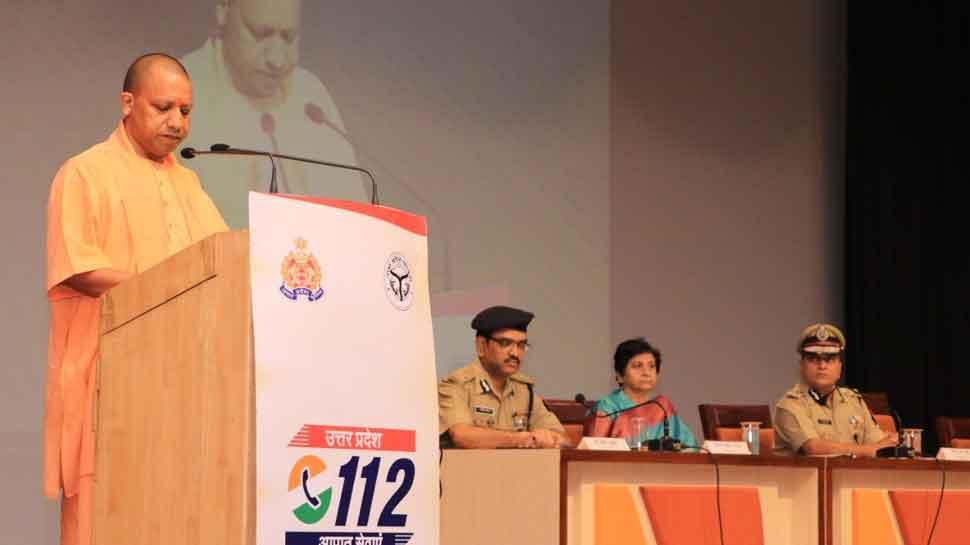 ''This single helpline number will reduce the response time. Route chart of 112 should be prepared and positioning at district, station level should be done," Adityanath said on the occasion.

During the event, a new initiative for the safety of senior citizen 'Savera` was also launched by the UP Chief Minister.

Speaking at the launch event, the monk-politician also lauded the Uttar Pradesh Police for their efforts in maintaining law and order across the state.

Till now, 20 states and Union territories have adopted a single emergency helpline number '112'.

Traditional emergency service number - Dial 100 - was launched by the erstwhile Akhilesh Yadav government in UP in 2016. It was then projected as an ambitious high-tech project for providing immediate aid.

The call received on its control room were immediately transferred to the concerned police station and other officers for necessary action.

This system also monitored the police action until the problem was solved.

Hundreds of response vehicle, including two-wheelers and four-wheelers, were deployed for assisting people and taking action.

Till now, there were different emergency numbers for different services like fire brigade, ambulance, SDRF etc but after the launch of 112, all emergency services can be availed by dialling the single number.