Coded answer sheets, CCTVs and STF for cheating-free UP board exams 2019

UP Board has made elaborate arrangements to prevent any foul play and keep the copying mafia away from spoiling the sanctity of the exams. 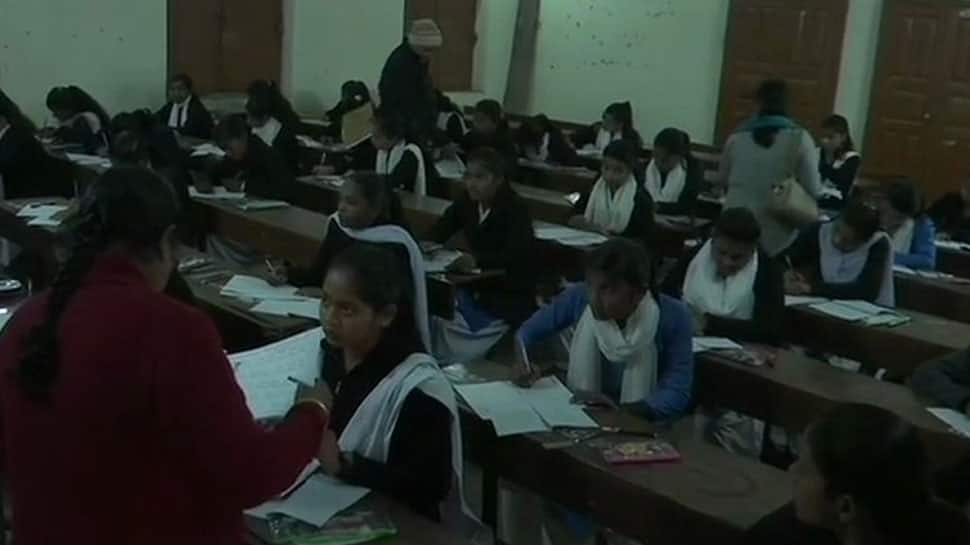 LUCKNOW: The Class 10 and Class 12 board examination conducted by the UP Board began amid tight security at various centres across the state on Thursday.

The UP Board has this time made elaborate arrangements to prevent any foul play and keep the copying mafia away from spoiling the sanctity of the exams.

According to reports, nearly 4.37 crore coded answer sheets have been printed and distributed by the Board.

UP Board Secretary Nina Srivastava had asserted that the board is committed to conducting cheating free exams across the state.

“Preparations have been completed for holding copying free examinations. CCTV cameras and voice recorders have been installed at all centres. Voice recording and CCTV footages will be monitored continuously,” Neena Srivastava said.

Srivastava said that District Magistrates (DMs), police chiefs and even the Special Task Force (STF) were on vigil to take on organised crimes.

They have been tasked to ensure that there was no cheating and unfair means adopted by the students during the conduct of the annual exams.

For the first time, she informed, coded answer sheets were being used in which roll numbers has to be written on every page to ensure that there is no change of copies.

"We always received complaints that the copies have been changed but now because of the new rules, this would not be possible as the students will write their roll numbers themselves.

"In case of an eventuality that an allegation of answer sheets altered is made, the handwriting will be examined," she added.

Like last year, the Special Task Force (STF) has been tasked with keeping copying mafia away from the examination centres.

Chief minister Yogi Adityanath, in a video conferencing on Saturday, too directed all district magistrates and district inspector of schools to remain vigilant so that copying mafia do not spoil the sanctity of the exams.

According to Board officials, 1,314 examination centres have been identified as "sensitive" and 448 "very sensitive".

This demarcation has been done on the basis of the past track record of mass cheating in these places.

Mobile squads under magistrates would be conducting surprise checks and ensure that there was no copying.

Some 2.50 lakh invigilators have been put on duty.

Sharma, who also holds the basic education charge, has been making efforts to cleanse the system, which has been virtually destroyed by the copying mafia over the years.

Sharma also visited some centres in the state capital to check the ground level preparations.

The UP CM also wished luck to over 58 lakh students appearing for the high school and intermediate exams in the state this year.

The saint-politician took to his official Twitter handle to wish over 58 lakh students who are likely to appear in the Class 10th and Class 12th board examination, which will conclude on March 2.

Both the exams began today.