A new ‘war room' is being constructed and a conference hall for workers to meet leaders in private is also being built. 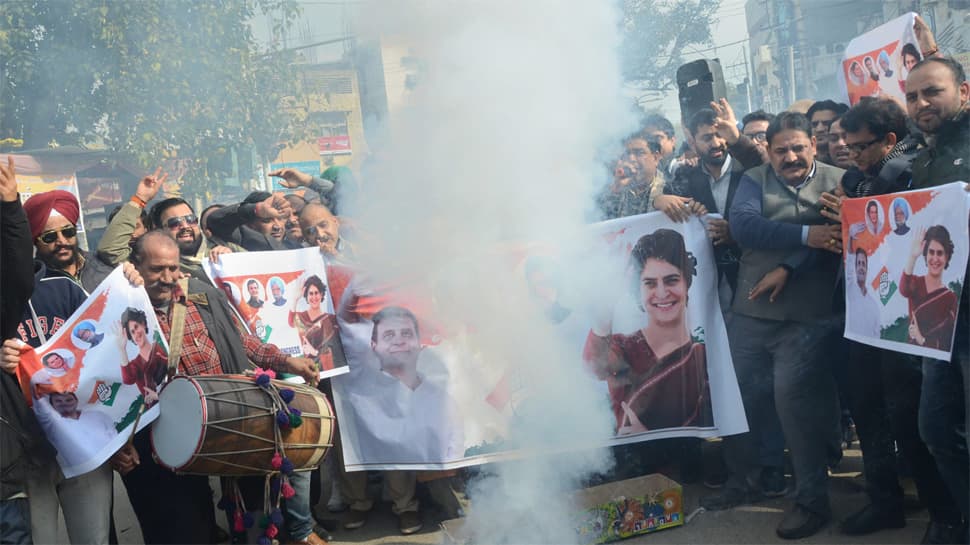 Lucknow: The Congress headquarters at Mall Avenue in Lucknow, Uttar Pradesh, where the party's high profile office-bearers Priyanka Vadra and Jyotiraditya Scindia will have their offices to run the Uttar Pradesh campaign is being painted in fresh white.

The sprawling double-storeyed building is being dressed up for the new occupants as the mood turns upbeat among party loyalists.

A new ‘war room' is being constructed and a conference hall for workers to meet leaders in private is also being built. There are 12 computer terminals.

Surrounded by high-rises that have cropped up in the past few years, the state Congress headquarters for long has been a sad reflection of the party's decline in the state. There is now hope among the cadres that things could change.

Anil Kumar Sharma, assistant permanent secretary (Organisation) who pedals over 14-km to reach the office daily points to the repairs that are taking place in the building. "Similar repairs" were underway in the Uttar Pradesh Congress Committee (UPCC) set up by Priyanka Vadra.

There is some aggression creeping back as well. "In the war between falsehood, lies and truth, Priyanka will certainly lead the Congress to victory in the forthcoming Lok Sabha elections," says Sharma.

For that to happen the physical repairs of the state party headquarters, as well as that of the party, will need to take place.

The NSUI office on the campus lies neglected. Inaugurated in 1986, the office next to a bust of Indira Gandhi has a rusted lock at its gate, which rarely opens now, says a party man. Empty packets of chips are littered around. People dump garbage in front of it.

UPCC spokesman Virendra Madan downplays plans for renovation and makeover and says it has nothing to do with Priyanka Vadra's appointment as general secretary in charge of eastern Uttar Pradesh. "This has been going on for some months now as we try to get battle ready for the Lok Sabha challenge" Madan said.

Negotiating the ripped flooring, the broken walls, the slippery ground, a dump of removed glass panes, windows, western commodes and other civil equipment, one reaches the backyard of the UPCC office where shanties dot a large part of the campus.

Gayas Ahmad, a driver with the Congress for the past 15 years but now terminated in a downsizing drive recently, informs 14 families working for party live here. There are five cars at the UPCC office.

The expectation of these people from Priyanka Vadra is less for the state and country and more for themselves. "We have not been paid our dues, have been asked to vacate the houses. So we have gone to court...may be Priyanka didi will help us," says one on the condition of anonymity.

In a room packed with old newspaper clippings, Arman Ahmad, a 33-year-old Seva Dal worker for the past three years says, "I am wedded to the Congress due to its secular ideology but tell me how can change come if the organisational structure continues to be so rusted as it is now."

Yet, the elections and prospect that things might improve for the party has lifted spirits. On Saturday, hundreds gathered at the party office to celebrate Republic Day.

Ram Avtaar, who runs the party canteen, says while till not long ago he sold 100 cups of tea daily, the number has gone up to 250 since Priyanka Vadra and Jyotiraditya Scindia's appointments were announced.