Fire breaks out in two tents at Kumbh Mela in Prayagraj, no casualties reported

An incident of fire had earlier been reported a day before the Kumbh mela began in January. 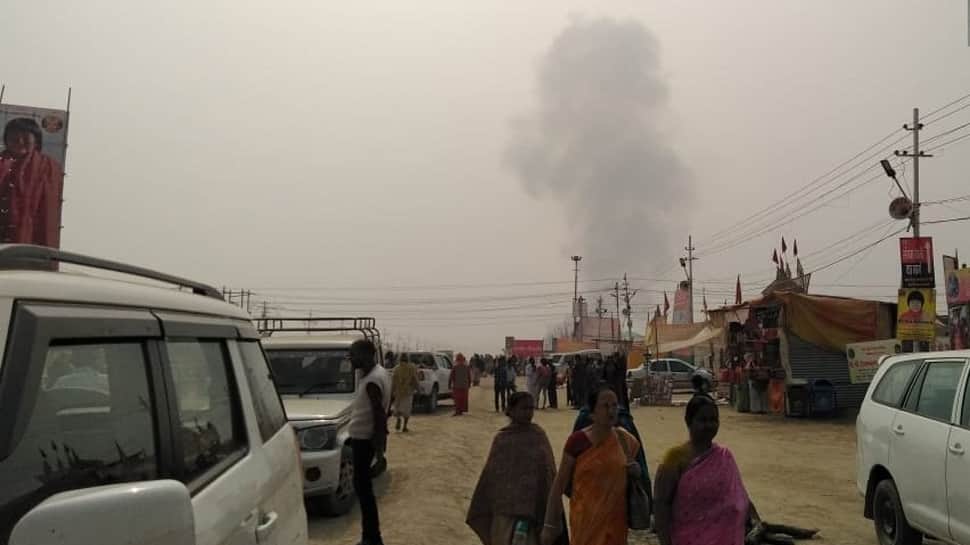 PRAYAGRAJ: A fire broke out at two tents at the Kumbh Mela in Prayagraj on Tuesday. The fire was later brought in control. The fire led to some panic at the camp but no casualties or injuries were reported.

In the photos tweeted by news agency ANI, a black cloud of smoke can be seen arising out of the fire.

Prayagraj: Fire had broken out in two tents at #KumbhMela2019 earlier today. It was later brought under control. No injuries/casualties have been reported. pic.twitter.com/R4MgA4oY00

An incident of fire had earlier been reported a day before the Kumbh mela began in January. On January 14, a pandal set up for Kumbh mela near Digambar Akhada in Prayagraj caught fire after a cylinder exploded at the kitchen.

Prayagraj: Fire breaks out at a camp of Digambar Akhada at #KumbhMela pic.twitter.com/yq0yO7jr4i

As part of the measures to fight the disaster related to fire hazard at the Kumbh mela, the management had said that utility of modern and innovative firefighting tools have been used. It has also claimed that a standard operating procedure has been designed for better efficiency of mitigation strategies. Disaster management facilities with a dedicated team of doctors and paramedical staffs in case of burn injuries, drowning, stampede etc. with specialised kits have also been set up.

The 55-day long Kumbh Mela which began on January 15 will end on March 4.