Qureshi had gone to Azam Khan`s house to meet Rampur MLA and Khan`s wife Tanzeem Fatima, where he allegedly compared Chief Minister Yogi Adityanath and the BJP government to "devil and blood-sucking monsters". 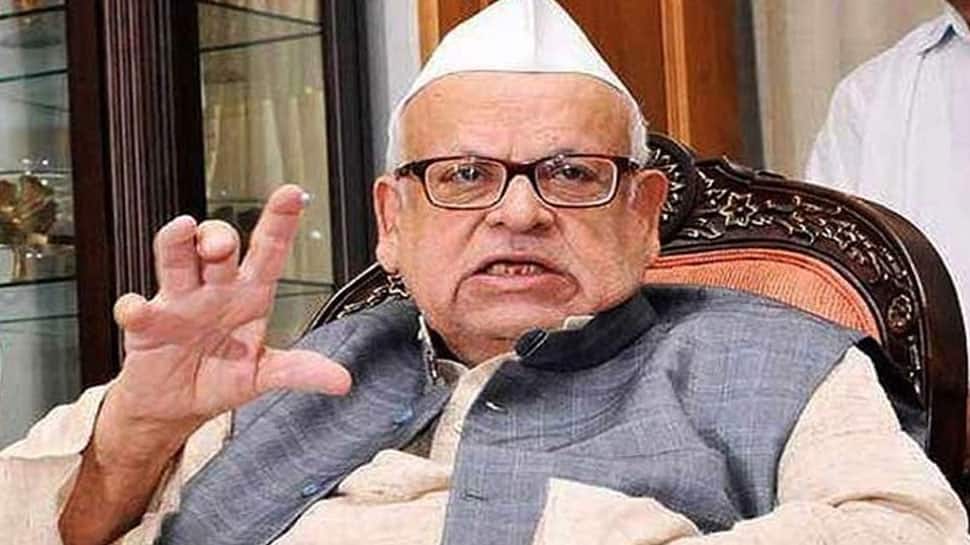 Rampur: Former Uttar Pradesh Governor Aziz Qureshi has been booked for sedition by Uttar Pradesh Police on Sunday for his alleged derogatory remarks against Chief Minister Yogi Adityanath and his government.

The UP police registered the FIR against Aziz Qureshi on the basis of the complaint made by BJP worker Akash Saxena at the Civil Lines police station in Rampur district.

Rampur Police yesterday registered a case against former UP Governor Aziz Qureshi on a complaint of BJP leader Aakash Saxena. Qureshi visited Rampur & met SP leader Azam Khan & his family. After which, the former Governor used obscene language against the UP government.

As per the copy of the FIR, the former Governor is booked under sections 124A (Sedition), 153A (Promoting enmity between groups on grounds of religion, race), 153B (Imputations, assertions prejudicial to national integration) and 505(1)(B) (intent to cause fear or alarm among the public) of Indian Penal Code (IPC).

In the FIR, police said that Saxena, in his complaint said that Aziz Qureshi had gone to Azam Khan`s house to meet Rampur MLA and Khan`s wife Tanzeem Fatima, where he compared the Chief Minister Yogi Adityanath-led government to "Devil and blood-sucking monsters".

Saxena, in his complaint further said the "controversial remark made by Qureshi can create tension between two communities and even lead to communal riots".

Aziz is known for making controversial statements. He had earlier said that the terror attack in Pulwama was a pre-planned conspiracy by Prime Minister Narendra Modi to win the Lok Sabha polls.