The Uttar Pradesh Police on Tuesday arrested another close aide of slain gangster Vikas Dubey from the Mela Tiraha area in Kanpur. He has been identified as Shashikant alias Sonu and was carrying a reward of Rs 50,000 on his head. 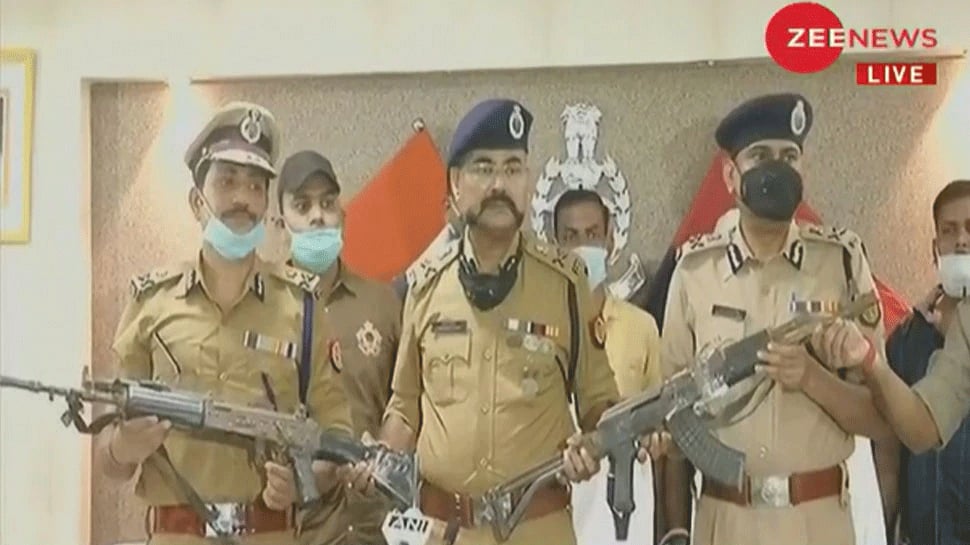 Kanpur: The Uttar Pradesh Police on Tuesday arrested another close aide of slain gangster Vikas Dubey from the Mela Tiraha area in Kanpur. He has been identified as Shashikant alias Sonu and was carrying a reward of Rs 50,000 on his head.

Addressing a press conference in Kanpur, Additional Director General (ADG) (Law and order) Prashant Kumar said that on the information provided by Shashikant, the police have recovered an INSAS rifle and 20 live cartridges from his house.

''Vikas Dubey had asked his gang members to hide the looted arms and ammunition at his residence at Bikru village. During a search at Vikas Dubey's residence, we recovered the looted arms," Prashant Kumar, UP ADG Law & Order, told reporters.

This was looted by the miscreants from the police on the night of the incident. "We have also recovered an AK-47 and 17 cartridges from the house of Vikas Dubey in Bikru village," the ADG said.

''After killing the 8 policemen on July 3 at Bikru village, the accused had also looted the arms of our policemen,'' Prashant Kumar, UP ADG Law & Order, said.

The house was demolished by the police on July 4. The ADG said that Shashikant had confessed to his involvement in the shootout in which eight policemen were killed on July 3 in Bikru village. The arrested criminal has also named the other accused in the crime.

The ADG said that of the 21 accused, four had been arrested, namely Shyamu Bajpai, Jahaan Yadav, Daya Shankar Agnihotri and now Shashikant.

He said that six of the accused, including Vikas Dubey, Amar Dubey, Prabhat Mishra, Bauan Dubey, Prem Prakash Pandey and Atul Dubey had been killed in encounters.

''Shashikant is one of the four accused arrested till now. There are a total of 21 accused in the case, of which 4 have been arrested while 6 accused, including Vikas Dubey, killed during police proceedings in different incidents,'' UP ADG Law & Order said.

"Eleven of the accused are at large and will be arrested soon," he said.

The ADG refused to take any questions at the press conference and left abruptly.