Gopal Saini, a close aide of slain gangster Vikas Dubey and wanted by the Uttar Pradesh Police, surrendered before a special court in Kanpur Dehat on Thursday (July 30, 2020). 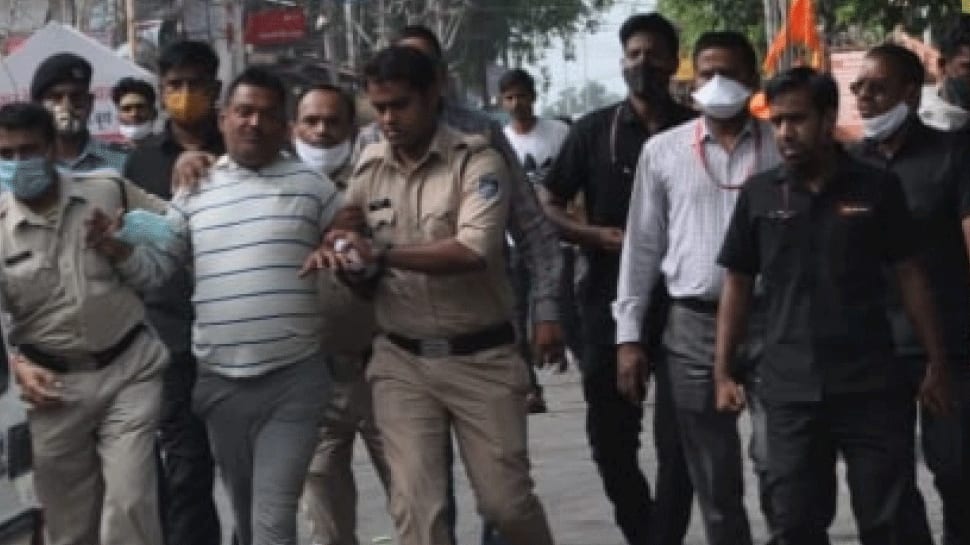 KANPUR: Gopal Saini, a close aide of slain gangster Vikas Dubey and wanted by the Uttar Pradesh Police, surrendered before a special court in Kanpur Dehat on Thursday (July 30, 2020).

Saini carries a reward of Rs 1 lakh on his head. District Government Counsel (criminal) Raju Porwal said that Saini, accused in the killing of eight policemen, surrendered before the special court (UP dacoity-affected area) at Maati in Kanpur Dehat.

The Uttar Pradesh Special Task Force (STF) and Kanpur Police were on the lookout for Gopal Saini since July 3 after eight policemen were ambushed and killed in Bikru village in Chaubeypur area of Kanpur when they were going to arrest Vikas Dubey.

Saini`s advocate had earlier moved an application for his surrender before the court. Superintendent of Police (Rural), Brajesh Srivastava confirmed that Saini has surrendered before the court in Kanpur Dehat.

"We have decided to move an application before the court requesting for his police custody so that he can be questioned properly and information about other members of Vikas Dubey`s gang who are still evading arrest can be obtained," he said.

Initially, a cash reward of Rs 50,000 was announced for Saini`s arrest but it was later increased to Rs 1 lakh, the police officer said.

Vikas Dubey was shot dead in an encounter on the outskirts of Kanpur on July 10. Earlier, five members of the Vikas Dubey gang were killed in separate encounters.