According to GRP Inspector Ravinder Bahadur Singh, a case has been registered in this regard and the matter is being investigated. 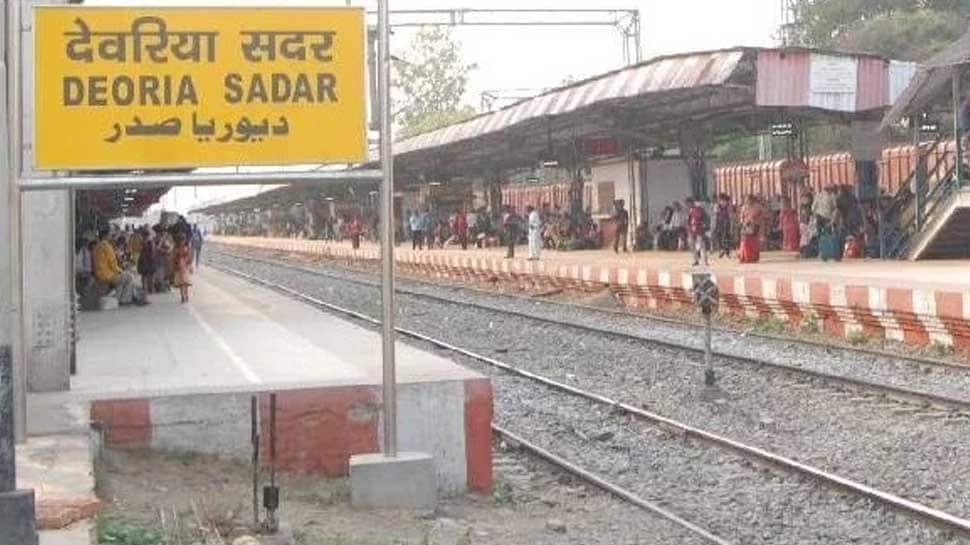 DEORIA: A Government Railway Police personnel was allegedly thrashed by two youths in the Deoria district of Uttar Pradesh, said reports on Wednesday.

According to the information, GRP head constable, whose name has not been disclosed, was on duty near the ticket booking hall at Deoria railway station during which he noticed two-three people trying to break the queue and disturbing others waiting for their turn to buy tickets.

When he tried to object and asked them to maintain decorum, the three youths started threatening him and hurled abuses at him.

The situation soon spiralled out of control and the three men started thrashing the GRP head constable.

Ironically, those present at the railway station stayed there as mute spectators during the incident, which was recorded on camera.

No one came forward to help the GRP personnel, who was badly injured.

#WATCH: A Government Railway Police (GRP) official thrashed by two men in Deoria yesterday after an argument broke out when the policeman asked them to stand in queue at the ticket counter. The two men have been arrested. (Note: abusive language) pic.twitter.com/Z2b5Fd4bi2

However, other GRP personnel arrived at the spot soon and brought the situation under control.

According to GRP Inspector Ravinder Bahadur Singh, two youths have been arrested and a case has been registered in this regard.

The incident came to light a week after a TV journalist covering the derailment of a goods train near Shamli city of Uttar Pradesh was ferociously thrashed and locked up by the Government Railway Police (GRP) personnel.

This incident was also caught on camera and was widely shared on social media.

The journalist alleged that he was stripped, harassed and humiliated by GRP officials inside the jail premises.