The hoarding has been put up at Canal Road in Rae Bareli.

RAE BARELI: A hoarding put up by a BJP supporter in Congress bastion Rae Bareli claims that newly-appointed Congress general secretary Priyanka Gandhi will "fizzle out" in Uttar Pradesh in the 2019 Lok Sabha election.

The hoarding has been put up in Rae Bareli a day ahead of PM Narendra Modi's scheduled visit to Amethi, which is represented by Congress chief Rahul Gandhi in Lok Sabha. 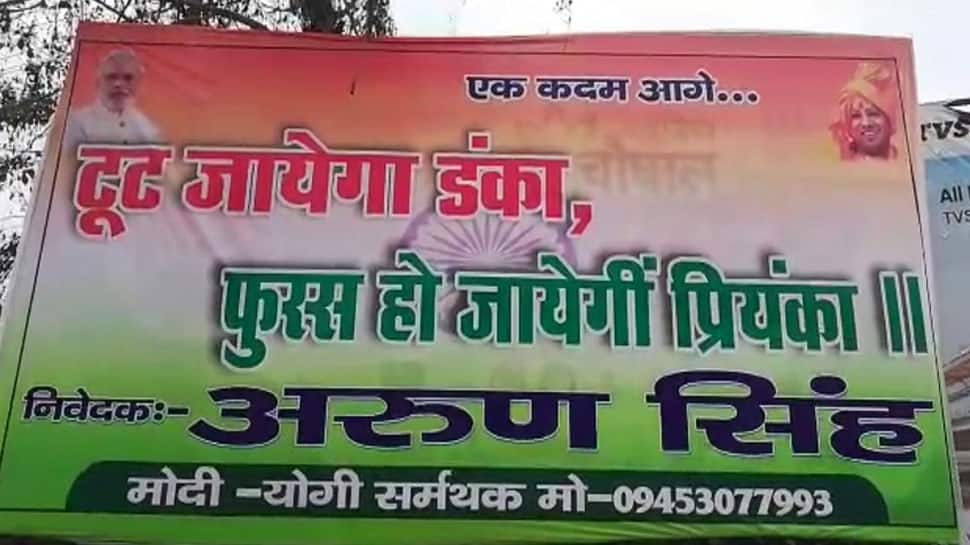 It was allegedly put up by Arun Singh, who claims to be a supporter of Prime Minister Narendra Modi and Uttar Pradesh Chief Minister Yogi Adityanath.

Singh has also mentioned his mobile number on the hoarding.

The hoarding has evoked a sharp response from the Congress party, which has demanded that the hoarding be immediately removed.

Ever since Priyanka Gandhi was appointed Congress general secretary for Uttar Pradesh (East), several posters and hoardings have come up from both parties targeting top leaders of the two sides.

"This clearly spells the anti-women mindset of the BJP which is out to defame the Gandhi family at every given opportunity," Congress spokesman Anshu Awasthi said.

"The sacrifices and contributions of the Gandhi family are well known... They have never deviated from their path of service towards the nation even in the most trying of times... BJP leaders know that till the Gandhi family is active the main issues will remain communal amity, peace and development,'' he said.

People will give a befitting reply to "liars" in 2019, Awasthi said.

PM Modi is scheduled to address a public meeting in the Congress stronghold on Sunday. He had visited Rae Bareli in December.