Another initiative he has started is the free medical dispensary which caters to the health and ailments of the pilgrims. 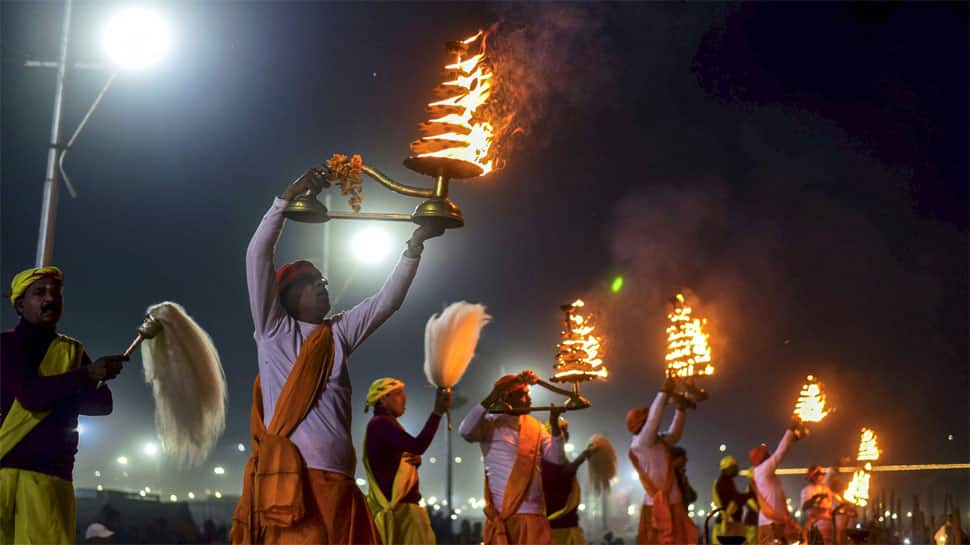 Prayagraj: Uttar Pradesh's Prayagraj is all decked up witnessing one of the largest human gatherings on the occasion of Kumbh Mela. Among the new attractions this year, Shri mahant Ram Krishna Das Tyagi ji Maharaj also known as 'Machaan wale baba' has caught everyone's attention in the Mela. Machaan baba is doing practising (sadhna) since 1975 which has made him in minimum contact with the ground.

Speaking to news agency ANI, the baba said that he interacts and greets everyone from the machaan only. His pandal in Kumbh provides 24-hour service to nearly 5,000 visitors daily which is free of cost and open for all.

Another initiative he has started is the free medical dispensary which caters to the health and ailments of the pilgrims. The pandal also invites people to live in the region which can accommodate 5,000 people.

Apart from such personalities, the Kumbh Mela is one of the only opportunities to see the reclusive Naga Sadhus as some of whom live in caves after taking a vow of celibacy and renouncing worldly possessions.

The 55-day long grand event has begun on January 15 and will end on March 4. Elaborate security arrangements have been made for the Mela, with intelligence agencies, central police forces, and contingents of civil police been deployed tactfully to work in a coordinated manner informed the official. Also, the administration is taking help of Non-Government Organisations (NGO's) and citizens in maintaining law and order.

The event is held in the month of Magh of Hindu calendar. At Prayagraj Kumbh Mela is held at every six years and Maha Kumbh at every 12 years. Earlier, the Kumbh Mela was known as Ardh Kumbh and Maha Kumbh was called Kumbh. The exact dates of bathing during Kumbh are determined according to Hindu astrology.

The 2019 Kumbh Mela is spread over in 3, 200 hectares of land, about 700 hectares more in the comparison of 2013 Maha Kumbh. The Kumbh Mela is the largest human congregation in the world, with millions of pilgrims expected to participate in the festival with the belief that taking a dip in the holy water of Ganges River will pave the way for their salvation and would rid them of their sins.