The exhibition shows many archival documents relating to the Kumbh Mela available in the custody of the National Archives of India. 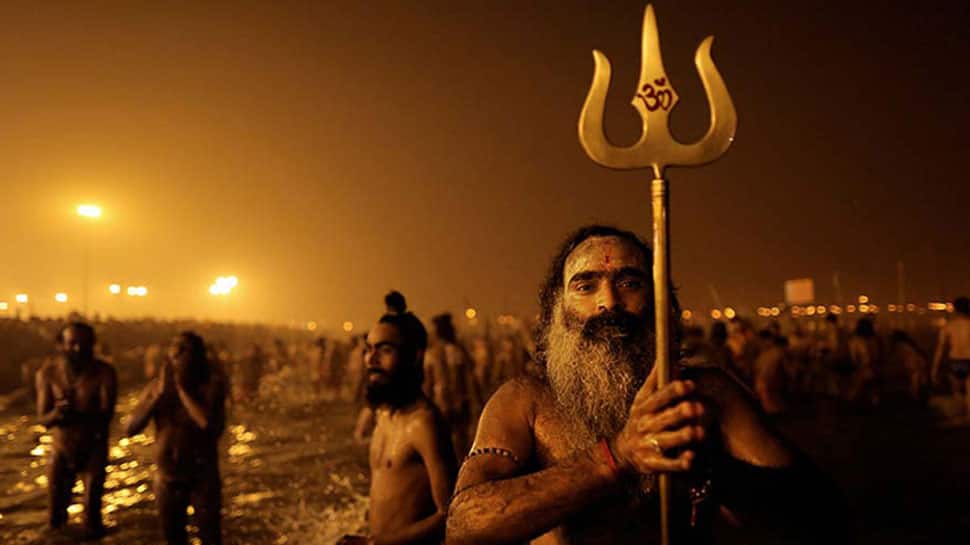 Allahabad: Kumbh Mela, the world's largest gathering of religious pilgrims, served as the meeting ground for pro-independence forces during the British rule, with intelligence agencies keeping a hawk's eye on such gatherings.

An excerpt from a British-era communication by the Director, Central Intelligence (dated February 2, 1920) displayed at an archival exhibition at the Allahabad Museum here states that the Mela played a crucial role during the freedom struggle.

It talks about a memorial adopted in a meeting held at Allahabad during the Kumbh Mela, 1918, stating, "The memorial supported the Congress League scheme of political reforms and made demands such as:

"Panchayats to be immediately established in villages to decide civil suits up to Rs 500 and all non-cognizable criminal cases...Introduction of permanent settlement with full transferable and heritable rights...Enhancement of revenue and rent to be subject to enactment of the Imperial Council...Curtailment of zamindar's privilege and Revision of law of ejectment for non-payment of rent," the secret letter dated February 17, 1918 says.

The exhibition shows many archival documents relating to the Kumbh Mela available in the custody of the National Archives of India.

The excerpt also states, "The memorial was adopted by a meeting of 300 delegates and 2,000 visitors held at Allahabad in 1918 during the Kumbh Mela, which is much frequented by cultivators. This meeting also agreed on the foundation of UP Peasants Association which among other objects, proposed to check the growing antagonism between zamindars and tenants and to further mutual trust and cordiality between the rulers and the ruled."

"...In support of this organisation, appeals for funds have been issued and collection of money made, those reported having been made in Calcutta.

"In one such appeal by Madan Mohan Malviya in June 1919 and widely circulated, it was stated that the Association had 450 branches with 3,500 members in different villages and tehsils of the Punjab, United Provinces and Bihar and Orissa. Throughout 1919, meetings were reported from several districts of United Provinces. These reports may be quoted to illustrate the spirit of the organisers," the excerpt added.

Another confidential letter on display from chief secretary of United Provinces S P O'Donnell to SR Hignell (secretary to the Government of India, Home Department), while reporting about the situation at Kumbh Mela says, "The attendance at the Kumbh Mela rose rapidly at the 11th?(February) Somwati Amawas approached.

"On the Ekadhashi, a million persons are said to have been present, and the numbers were probably considerably higher on the Somwati Amawas," it says.

The letter goes on to mention that "one case of cholera is reported and a few cases in which choleraic symptoms were present; but there has been fortunately no serious outbreak; and all the internal arrangements have worked smoothly".

"The Magistrate took great trouble to keep politics out of the mela, and was apparently successful in his efforts," it added.

The Kumbh draws tens of millions of pilgrims from across the globe over the course of approximately 55 days to bathe at the Sangam -- the confluence of the Ganges, Yamuna and the mythical Saraswati.

About the 2019 congregation, Kumbh Mela Adhikari Vijay Kiran Anand had said on Monday that over 22 crore people have so far taken the holy dip.

Such is the rush of pilgrims that the entire Kumbh Mela area has been demarcated into nine zones and 20 sectors to be manned by 20,000 police personnel, 6,000 homeguard jawans, 80 companies of central force and 20 companies of PAC, according to Uttar Pradesh Director General of Police (DGP) O P Singh.