Masjids can be built anywhere but not on Ram Janmabhoomi: Subramanian Swamy 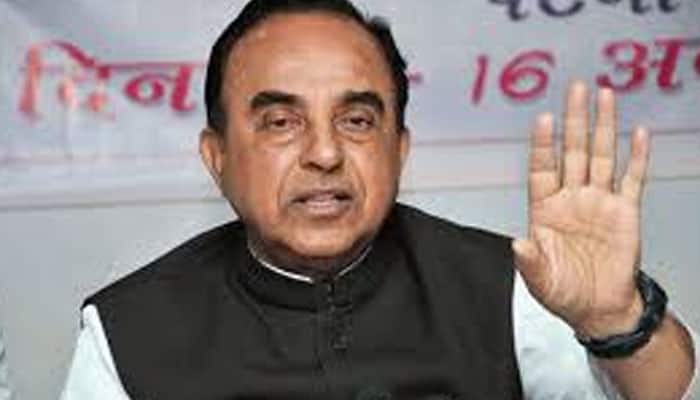 New Delhi: Firebrand BJP Rajya Sabha MP Subramanian Swamy on Tuesday said that a mosque can be built anywhere but not on Ram Janmabhoomi.

"Masjid can be built anywhere, it's a place to read 'namaz' and Masjids are broken in Saudi Arabia and are shifted. So the same way in India, Babri Masjid will be shifted to the borders of Ambedkar districts where lots of Muslims live," Subramanian Swamy told ANI.

"There are 40,000 temples that were demolished; we are not asking for all, we are just asking for three - Krishna's Mathura, Ram's Ayodhya and Kashi Vishwanath in Varanasi," he added.

In a bid to resolve the long-pending dispute, Art of Living founder Sri Sri Ravi Shankar is slated to visit Ayodhya this week.

Sri Sri is expected to hold talks with stakeholders in the Ram Janmabhoomi-Babri Masjid dispute on November 16.

Earlier, the Supreme Court had also suggested that an out-of-court settlement was the best recourse to the dispute.

The apex court will commence the final hearing of the long-standing matter from December 5, a day before the 25th anniversary of the demolition of the medieval-era structure.

The Babri Masjid was built by Mughal Emperor Babar in 1528. The Hindus, however, claim that a Ram Temple that originally stood there was demolished to construct the mosque.

Nothing works in India without the blessings of Lord Ram: Yogi Adityanath