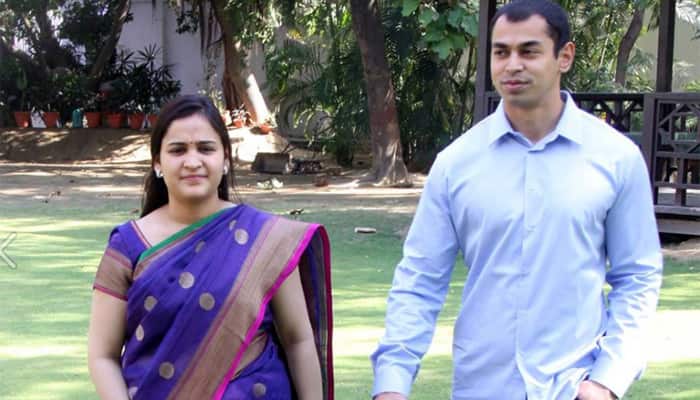 Prateek is also a gym freak and has his own gym, which was inaugurated by his father.

Although Prateek lacks a flair for politics, but his passion for high end luxury is hogging the limelight.

Prateek is Mulayam`s younger son from his second marriage to Sadhana Gupta.

In his childhood, Prateek contracted pneumonia while studying in Dehradun. A steroid injection made his weight shoot up to 103 kgs.

Prateek is married to his long-time sweetheart Aparna Bisht and they have a three-year-old daughter.

Prateek is a University of Leeds graduate and manages the family`s massive land holdings.

He plans to develop them into residential, commercial and industrial complexes.

He had his fair share of controversy. In November 2012, a group of Samajwadi Party workers entered the party office in Lucknow and demanded that Prateek be given a ticket to contest from Azamgarh for the 2014 general election.

His mother pushed for a ticket, as did his uncle Shivpal Yadav. However, Prateek was not given an election ticket.

Sadhana Gupta`s political ambitions for her son have been repeatedly dashed.

But with Mulayam agreeing to allow his choti bahu Aparna to contest the upcoming assembly election, there is another sun rising in the Samajwadi Party.

A trained classical and semi-classical singer, she has also won acclaim for her social work from the United Nations.

She is now the face of the Samajwadi Party (SP) from the Lucknow Cantonment (Cantt) area for the 2017 assembly polls.

Prateek keeps his distance from the media and spends most of his time improving his physical and mental fitness.