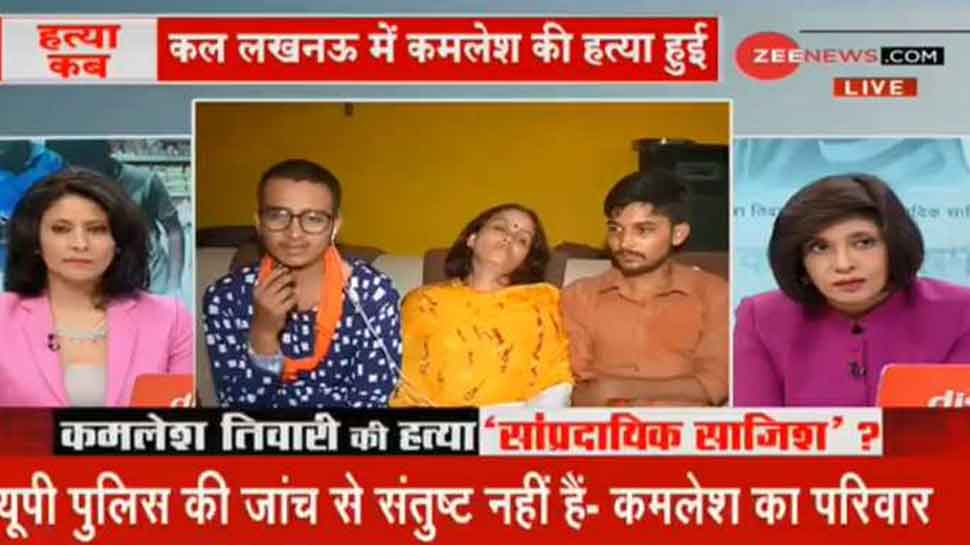 New Delhi: The family of deceased Hindu outfit leader Kamlesh Tiwari, who was killed on Friday afternoon inside his residence in Naka Hindola area in Lucknow, has pressed for a probe by the National Investigation Agency (NIA) into the incident.

Speaking to Zee News, Kamlesh Tiwari's son Satyam said, ''We want the National Investigation Agency to investigate the case, we do not trust anyone.''

Satyam further said that his father was killed although he had security guards.

''How can we possibly trust the administration then?'' he said adding that they are not satisfied with the investigation done so far by the UP Police.

Tiwari's son added that his family is getting threats and efforts are being made to suppress their voice.

Tiwari's family had earlier alleged that despite repeated pleas made to the government, no security was provided to the deceased.

Five persons, including a maulana, have been detained in connection with Kamlesh Tiwari's murder.

Singh also rejected the claims made by Tiwari's kin that he was not provided security despite repeated requests. The DGP said that the deceased was provided a gunner and a policeman and both were present when the incident took place.

He added that there was no laxity on the part of the police administration.

Uttar Pradesh Chief Minister Yogi Adityanath is also due to meet the family members of the deceased Hindu outfit leader Kamlesh Tiwari on Saturday evening. Adityanath is currently in Maharashtra and is scheduled to return to UP in the evening after which he will pay a visit to Sitapur, where Tiwari's family stays.