Security has been beefed up in Uttar Pradesh ahead of the Supreme Court's verdict on Ayodhya land dispute case. 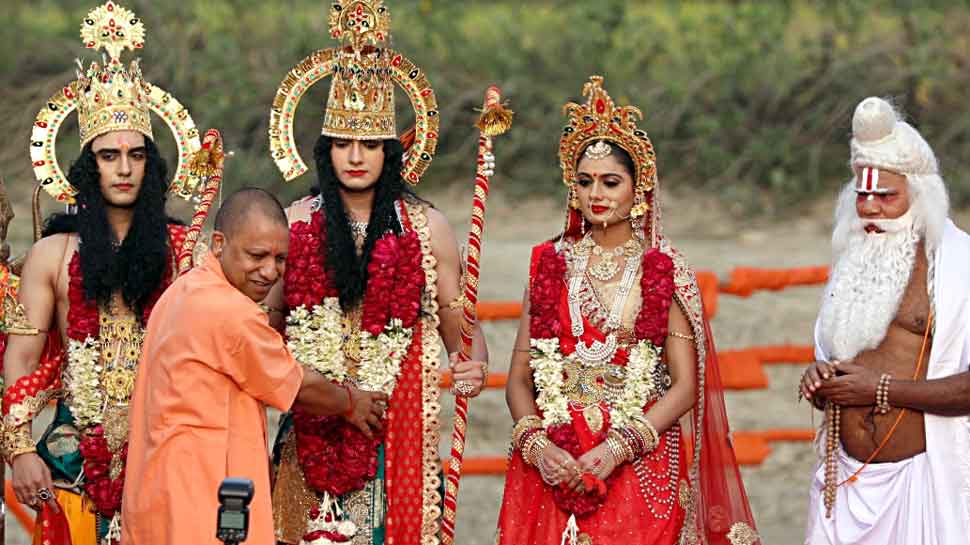 New Delhi: Ahead of the Supreme Court verdict on Ram Janmabhoomi-Babri Masjid title dispute expected over the next fortnight, Uttar Pradesh Chief Minister Yogi Adityanath issued instruction to all its ministers to refrain from giving any unnecessary or controversial statement and rather ensure that peace and harmony is maintained in their regions. The Chief Minister spoke to his ministers at a meeting at the Lok Bhawan in Lucknow where he issued the instructions.

The Uttar Pradesh government has beefed up securities across the state ahead of the verdict on the politically sensitive case. As per a report, the authorities have prepared a roadmap in which teams has been stationed in Ayodhya and other important religious places in the state, like Mathura and Varanasi. The government has also reportedly cancelled leaves of administrative officers in the state till November 30 as a precautionary measure.

On the other hand, Muslim clerics across Uttar Pradesh has also decided to ask the community to maintain peace in the wake of the apex court judgment on Ayodhya land dispute case on November 17. On Thursday, the All India Muslim Personal Law Board (AIMPLB) asked the community to honour the court verdict and accept whatever decision is given.

District administrations in several districts have been activating peace committees on the advice of the state government and have been asked to publicly advise the community members to exercise restraint on the issue.

The apex court is expected to deliver its verdict on the dispute over the ownership of 2.77 acres of land in Ayodhya before November 17, when the Chief Justice retires.

The Hindu parties, during the hearing, had argued that the entire 2.77 acres of land is the birthplace or 'janmasthan' of Lord Ram while the Muslim parties claimed the title over the land, saying Muslims had ownership of the land since 1528 when the mosque was built.