In a viral video, the senior police official was seen venting his anger and asking anti-CAA protesters to go to Pakistan during a protest in Meerut, Uttar Pradesh. 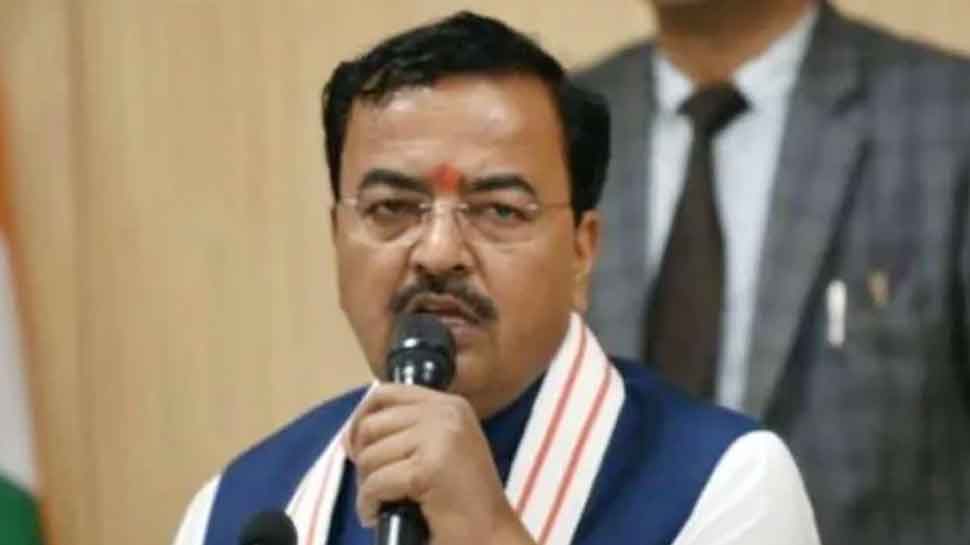 LUCKNOW: After senior BJP leader Uma Bharti, Uttar Pradesh Deputy Chief Minister Keshav Prasad Maurya has now backed the Meerut Superintendent of Police, Akhilesh Narain Singh, for telling the anti-Citizenship Act protesters to 'go to Pakistan' when they refused to listen to his appeal for peace.

Reacting to the incident, Maurya said that the Meerut SP's statement is ''not wrong for people involved in anti-national activities."

"He (Meerut SP) did not say it for all Muslims but probably to those who were raising pro-Pakistan slogans while pelting stones. Meerut SP`s statement is not wrong for the people involved in anti-national activities. The statement is right for those people who are sloganeering against India and supporting Pakistan," Maurya said while interacting with media in Lucknow.

In a viral video, the senior police official was seen venting his anger and asking a gathering of Muslim anti-CAA protesters to go to Pakistan during a protest in Meerut, Uttar Pradesh.

Congress general secretary Priyanka Gandhi Vadra, BSP chief Mayawati and several others have condemned the Meerut cop`s behaviour and accused the police of excesses against the protestors.

Opposition leaders including Samajwadi Party chief Akhilesh Yadav and AIMIM president Asaduddin Owaisi have alleged that police had ransacked people`s houses, destroyed private properties and used unjustified force against people of the minority community in UP.

However, senior BJP leader Uma Bharti had on Saturday backed the Meerut SP after his video showing him using some sensitive communal remarks on Muslim protestors and asking them to 'Go back to Pakistan' went viral.  Bharti also accused Congress of politicising the issue.

Taking to Twitter, Uma shared a series of tweets writing that the top cop's reaction on the protesters was 'natural'. "The reaction of Meerut City SP Akhilesh Narain Singh telling the protesters to go to Pakistan was natural as the protesters were raising slogans in favour of Pakistan, were abusing the police and were also throwing stones at them," she wrote.

The Uttar Pradesh Deputy Chief Minister Maurya also slammed the Opposition parties for joining the anti-citizenship law and said, "Congress and the Samajwadi Party are unnecessarily making the CAA an issue. The CAA is not against our Constitution. These parties are misleading people. They are spreading lies."

Protests erupted in several parts of the country last week including Uttar Pradesh over the Citizenship (Amendment) Act, 2019, which grants citizenship to Hindus, Sikhs, Jains, Parsis, Buddhists, and Christians fleeing religious persecution from Pakistan, Afghanistan, and Bangladesh who came to India on or before December 31, 2014.