Akhilesh also posted photographs on his official Twitter handle in which he was seen talking to police officers inside the airport. 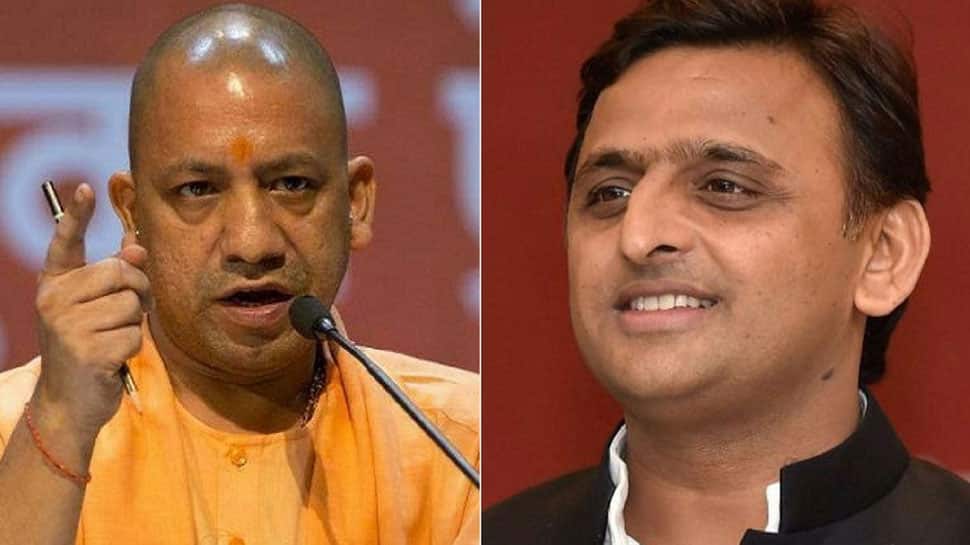 Lucknow: Samajwadi Party chief Akhilesh Yadav, who was stopped by the Uttar Pradesh Police at Lucknow airport on Tuesday, had already been informed by the Allahabad University earlier that no politicians were allowed in any of their programmes. Yadav was heading to Prayagraj to attend a student union function at the university.

On Monday, the Registrar of the Allahabad University had written to Yadav's personal secretary, saying that politicians were not allowed in the university events.

Allahabad University Registrar had yesterday written to Personal Secretary of Samajwadi Party Chief Akhilesh Yadav, informing him that politicians are not allowed in university programmes. pic.twitter.com/q0dawWB8kp

Hitting out at Yadav, Chief Minister Yogi Adityanath said that the Samajwadi Party should refrain from its anarchist activities. "Allahabad University requested that Akhilesh Yadav's visit may create law and order problem because of the dispute between student organisations. Hence the government took this step," Adityanath said.

BSP supremo Mayawati said that the incident was extremely condemnable and asked whether the ruling BJP was afraid of their alliance because of which it is "resorting to anti-democratic methods".
She described the episode as "an example of total dictatorship of BJP government".

The SP and the BSP recently forged an alliance ahead of the Lok Sabha polls.

Akhilesh claimed he was stopped at Chaudhary Charan Singh International Airport in a bid to prevent him from visiting Allahabad to attend an oath-taking ceremony at Allahabad University.

"The government is afraid of oath ceremony of a student leader and is stopping me at the airport to prevent me from visiting Allahabad," Yadav claimed.

He also posted photographs on his official Twitter handle in which he was seen talking to police officers inside the airport.

(With inputs from PTI and ANI)