According to the Kumbh Mela administration, about 60 lakh to one crore people are expected to visit Kumbh Mela. 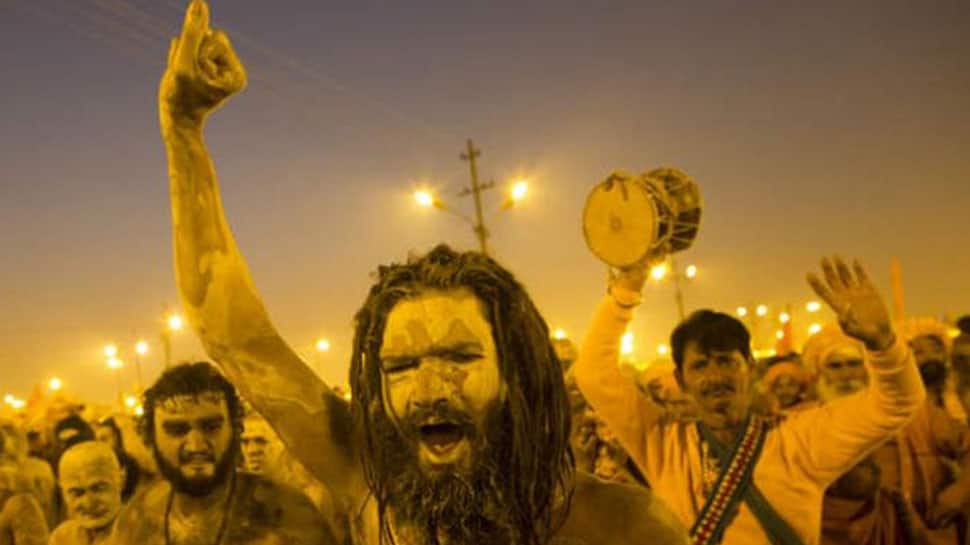 Prayagraj: Elaborate security arrangements have been made in Prayagraj's Kumbh on the occasion of Maha Shivratri on Monday. Nearly 400 personnel of Central Paramilitary Forces will be deployed at the Mela area.

According to the Kumbh Mela administration, about 60 lakh to one crore people are expected to visit Kumbh Mela.

"About 60 lakh to 1 crore people are expected to come and we have prepared accordingly. The preparations are similar to the preparations done on the occasions of previous 'snans'", Vijay Kiran Anand, District Magistrate, Kumbh said.

"Deployment of forces has been beefed up in the main 'snan' area. About 400 personnel of Central Paramilitary Forces have been called for deployment at various locations including the major intersections," he said.

However, the official informed that "Akshay Vat" and "Saraswti Koop" which were thrown open to pilgrims this Maha Kumbh will remain close keeping in view that a large number of people are expected to throng both. "Extra forces have been called from the neighbouring districts of Kaushambi, Pratapgarh and Fatehpur," said DIG KP Singh.

Further, police have been deployed in plain clothes at various locations to keep a vigil and round the clock, CCTV monitoring is also being done.

The Kumbh Mela is the largest human congregation in the world, with millions of pilgrims expected to participate in the festival with the belief that taking a dip in the holy water of Ganges River will pave the way for their salvation and would rid them of their sins.

The 49-day long grant event is held in the month of Magh of Hindu calendar. The Mela, which began on January 15, will end today, March 4. At Prayagraj, Kumbh Mela is held at every six years and Maha Kumbh at every 12 years.