Smriti Irani does what Rahul Gandhi didn't in 15 years, announces plans to build her house in Amethi

Smriti Irani said that Amethi would now be her permanent home and she would be accessible to the people. 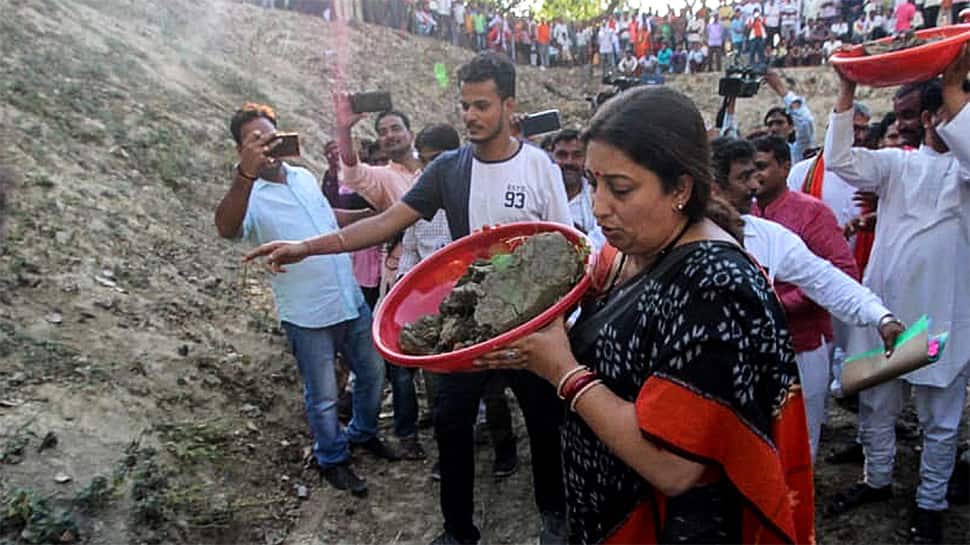 Amethi: Union minister Smriti Irani on Saturday did what Congress President Rahul Gandhi did not do in the past one-and-a-half decade. Irani announced on Saturday that she will construct her own house in Amethi and has already identified a plot in Gauriganj.

She said that Amethi would now be her permanent home and she would be accessible to the people.

Rahul Gandhi had been representing Amethi in the Lok Sabha from 2004 to 2019 and his mother Sonia Gandhi had won the seat in 1999. The Gandhi family, however, never found a permanent abode in Amethi and chose to stay in guest houses during their visits.

Smriti Irani`s decision to build a house in her constituency is a clear indication that she intends to continue her relationship with Amethi in the coming years. The minister also announced a slew of projects for her constituency on Saturday.

Earlier in the day, she stopped her convoy during her visit to Amethi to enquire about an ailing woman whom she later sent to a hospital. The minister saw the ailing woman while travelling in Amethi. She stopped and inquired about her and learnt that the woman had met with an accident and was unable to walk.

Irani immediately called for an ambulance and also helped the woman get into the ambulance. She also gave instructions to doctors to ensure proper treatment for the woman.

She also went to the house of BJP worker Surendra Singh, who was shot dead immediately after the election in Amethi`s Barauliya village and met his family members.