Samajwadi Party workers protested at the busy Hazratganj in the state capital and raised anti-government slogans. 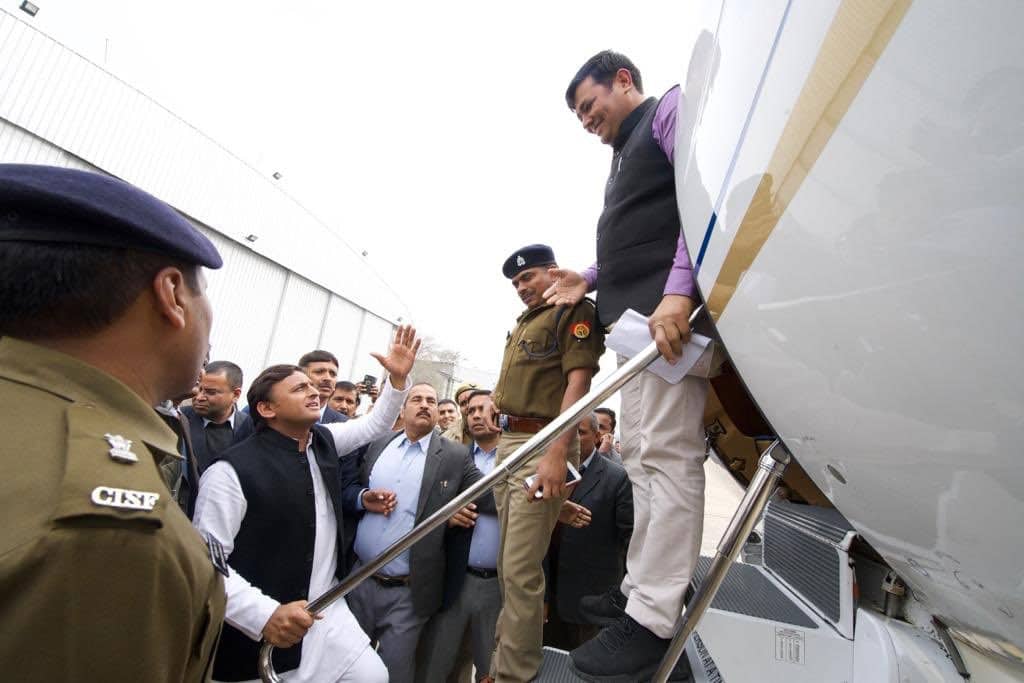 Lucknow: The face-off between the Samajwadi Party and the ruling Bharatiya Janata Party over the grounding of former Uttar Pradesh chief minister Akhilesh Yadav's flight to Prayagraj intensified on Wednesday with SP workers taking to streets and protesting in different parts of the state.

Samajwadi Party workers protested at the busy Hazratganj in the state capital and raised anti-government slogans. They said they would not allow "dictatorship" of chief minister Yogi Adityanath to ruin the state.

Alleging that law and order in the state has crashed, they demanded imposition of President's rule in the state.

There was an uproar in both Houses of the Assembly as the treasury and Opposition benches traded charges against each other.

Decrying the cane-charge on party workers in Prayagraj on Tuesday, where Lok Sabha MP Dharmendra Yadav was also injured, SP lawmakers said the ruling party was trying to "finish democracy" in the state.

Proceedings of the Legislative Council had to be stopped thrice due to noisy scenes.

Leader of the Opposition in the Council Ahmad Hasan took charge of the attack and said that while people were dying after consuming spurious liquor in the state, the BJP government was trying to "patronise" the liquor mafia and muzzle the voices of dissent.

He said preventing Akhilesh Yadav from going to attend a students union event at the Allahabad University on Tuesday was murder of democracy. "It is becoming impossible for decent people to live in the state," he added.

BJP leaders and lawmakers however trashed the allegations and said the SP was yet to come out of its anarchist mindset and was trying to disrupt peace, law and order in the state.

Earlier, a 15-member delegation of SP and Bahujan Samaj Party (BSP) leaders met Governor Ram Naik and handed him a memorandum demanding his intervention in the matter.