Bharti made the statement in reference to the infamous 1995 state guest house attack in Lucknow in which the BSP chief was allegedly by Samajwadi Party supporters. 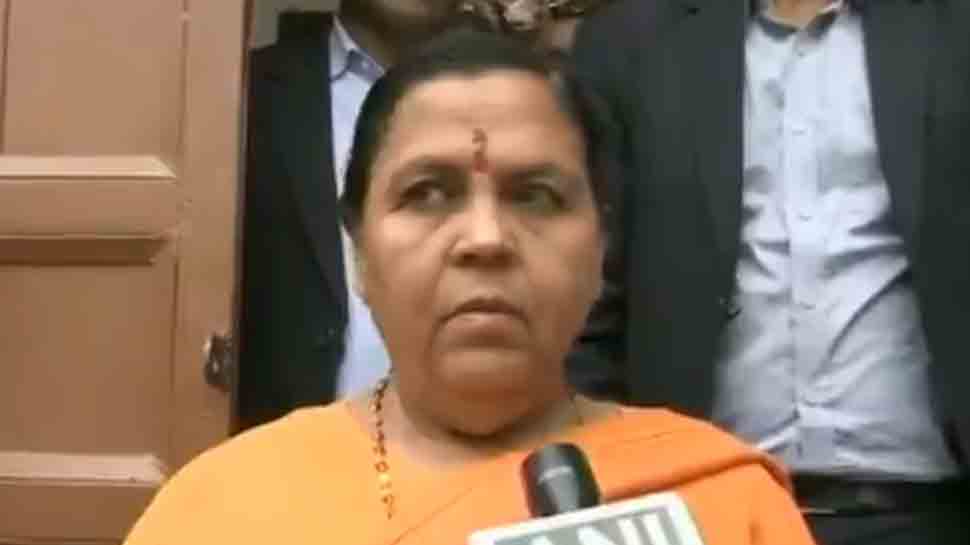 New Delhi: Union Minister for Drinking Water and Sanitation Uma Bharti on Friday once again attacked the alliance of Bahujan Samaj Party (BSP) and Samajwadi Party for upcoming Lok Sabha in Uttar Pradesh and said that she is sure BSP supremo will face an attack from SP people.

"When the 1995 guest house incident took place then Brahm Dutt Dwivedi had saved her. Now, since the BJP leader is no more, I am willing to help her out, if she faces attack again. She can save my mobile number as Samajwadi Party members will attack her again," she was quoted as saying by news agency ANI.

Bharti made the statement in reference to the infamous 1995 state guest house attack in Lucknow when the then BSP general secretary was allegedly attacked by Samajwadi Party supporters. The incident reportedly had taken place after BSP had pulled out of alliance from SP.

In 1993, Mulayam's SP and Kanshi Ram's BSP, who had won 109 and 67 seats respectively out of 425 seats in Uttar Pradesh, had formed an alliance to defeat BJP in the state.

On the evening of June 2, 1995, some SP MLAs and district-level readers reached the state guest house in Lucknow where Mayawati, then general secretary of the BSP, was meeting her MLAs to decided on next course of action to be taken. The SP MLAs and workers surrounded the guest house and detained several of her MLAs, claiming they had defected to the SP. Mayawati, who was present inside the guest house, was forced to lock herself inside a room.

At that time, senior BJP leader and Farrukhabad MLA Brahm Dutt Dwivedi had rushed to the guest house along with his party workers and had rescued Mayawati against all physical assault by Samajwadi Party leaders and workers. BJP had then extended its support to BSP to make government in the state, thus making Mayawati the first Dalit Chief Minister of Uttar Pradesh.